What channel is Tyron Woodley on against Jake Paul tonight? How to watch, buy the fight of 2021 on pay-per-view 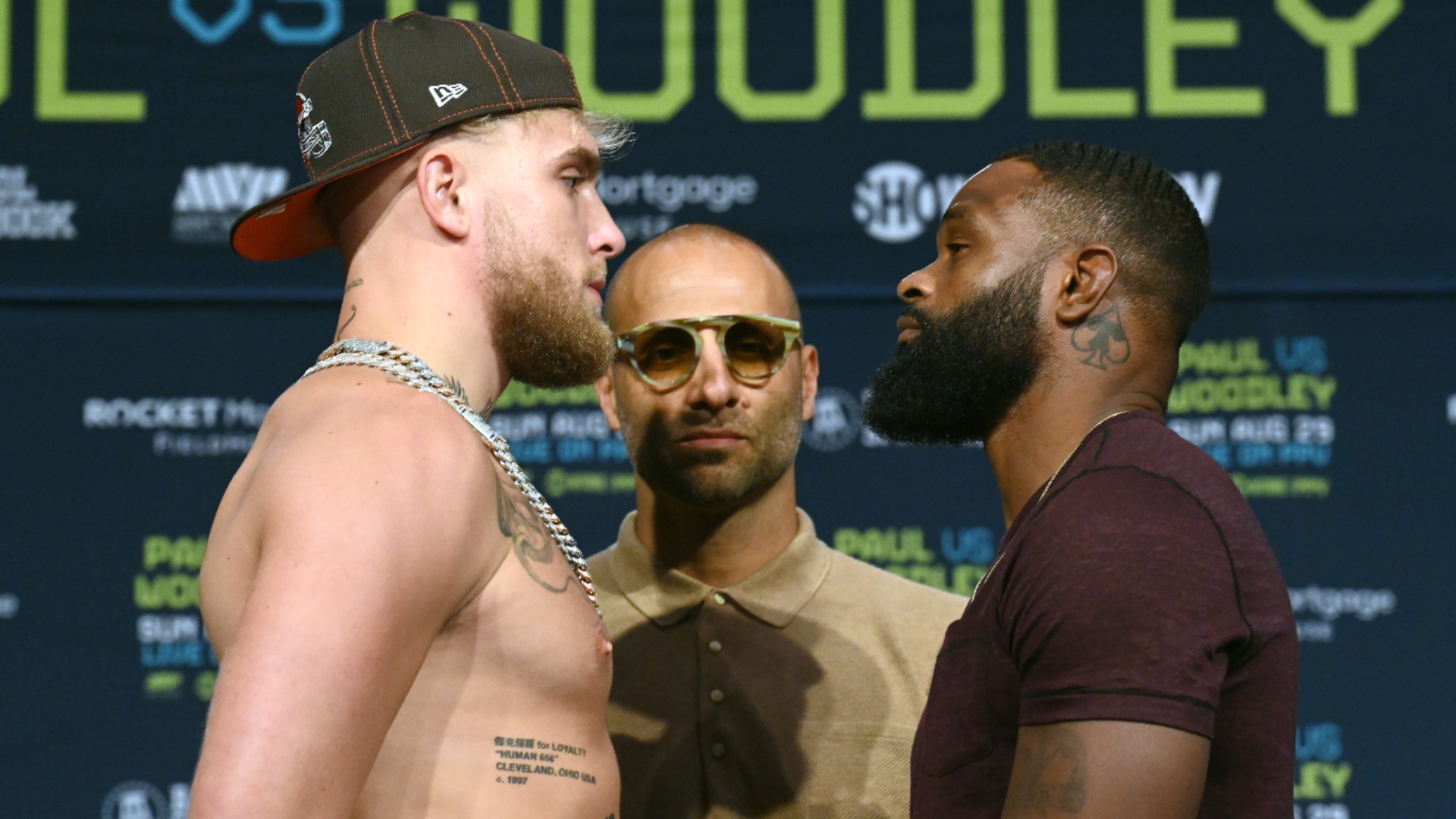 Someone from Paul’s camp apparently talked trash to Woodley’s mother, prompting Woodley to respond, leading to an altercation before Sunday’s boxing match inside Rocket Mortgage Fieldhouse in Cleveland.

Everything that happened between Jake Paul and Tyron Woodley at the press conference, prompting the close fight between the two camps over Woodley’s mother and both fighters who addressed the aftermath. https://t.co/Ex0dc5UY2S

“Are you talking to my mom, brother?” Woodley said while standing in a scrum in front of multiple podiums. “I’m going to sleep you right now.”

Paul tried to entice Woodley to respond physically, saying, “Do it then. Do it then, p … “.

Neither side took any real hits, but it wasn’t from lack of effort, as both were escorted out of the room and had to be pinned down.

The fight is the first true boxing match of Woodley’s career, while Paul is 3-0 and beat another former UFC fighter in Ben Askren.

While it remains to be seen how much tension and drama will emerge from the fight itself, fans could have a fight that won’t disappoint, if the run-up is any indication.

What channel is Tyron Woodley on against Jake Paul tonight?

How much does Tyron Woodley vs. Jake Paul PPV cost?

Fans who want to watch the fight will have to pay nearly $ 60 to stream it. You don’t need a Showtime subscription to purchase PPV and you can download the Showtime app on AppleTV +, Roku, Fire TV, Xbox One, iOS and Android TV and mobile devices.

What time does Jake Paul vs. Tyron Woodley start?

Boxing night is scheduled to begin at 8 p.m. ET on Sunday night. With four fights in addition to the main event, it remains to be seen when exactly Paul and Woodley will enter the ring and what time their fight will actually begin.