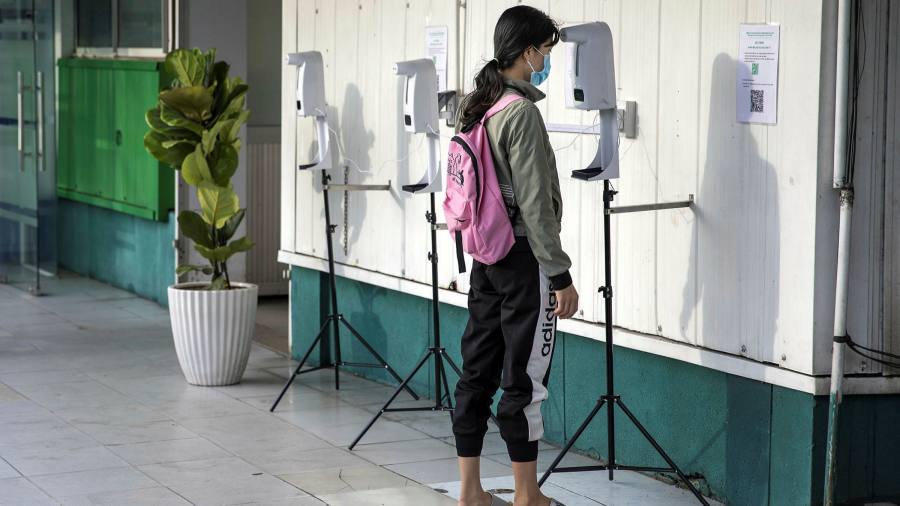 Ho Chi Minh City is battling a worker shortage following the easing of the Covid-19 lockdown measures, jeopardizing efforts to restart the country’s export-driven economy after a record drop in the gross domestic product in the third quarter.

Companies in the southern business center, a large supplier of apparel, textiles, footwear, furniture and other products for global brands ranging from Ikea and Walmart to Nike and Adidas, were having trouble resuming normal work because too many people had left. , businessmen and analysts said.

During the strict lockdown, imposed by communist authorities in and around Ho Chi Minh City after it became the center of the country’s most severe Covid-19 outbreak, many migrants were prevented from working due to restrictions. on work in factories and circulation between the districts and provinces that make up the megacity.

In some cases they were confined to their factories under “Three on the site” rules in which companies not only paid workers, but also fed and housed them. The plan was expensive for employers and arduous for staff.

“It is clear that both companies and workers faced extreme difficulties during the prolonged shutdown,” said Mary Tarnowka, executive director of AmCham Vietnam in Ho Chi Minh City. “And there was special pain and hardship for people at lower income levels who didn’t have money for rent or food.”

As soon as the workers were able to return home, tens of thousands did, in some cases traveling hundreds of kilometers on motorcycles because public buses and other modes of transportation weren’t working.

“At the end of September, when the city lifted its closure, many of the workers went home,” said Linh Le, who recently quit his job at a garment company that was operating at reduced capacity because so many employees left.

Some companies are now struggling to attract workers back because many do not have the money, means of transportation, or Covid-19 vaccination papers to return.

“It’s a dilemma for owners of manufacturing companies,” said Linh Nguyen, principal analyst for Southeast Asia at Control Risks. “On the one hand, they now have exceptionally high demand coming from abroad, and on the other hand, a labor shortage.”

This is bad news for global brands sourcing products from South Vietnam. It also suggests that the country’s foreign investment-driven economic model could take a sustained hit this year from the pandemic and the lockdown, exacerbated by government delays in obtaining vaccines.

Vietnam, one of the few Asian economies that grew last year, saw a 6% drop in GDP, the steepest on record, in the third quarter of 2021, which coincided with the close. Ho Chi Minh’s GDP plummeted 24 percent, according to provincial statistics.

Before the pandemic, Ho Chi Minh City’s migrant worker population numbered more than 2 million, in a city of about 10 million.

The Vietnamese government is now “focused on the problem of migrant labor,” said Tarnowka, whose lobby group AmCham has urged Hanoi to “guarantee vaccines and transportation for people who are in the outlying provinces and want Back to work”. Since Wednesday, the authorities permitted bus services between Ho Chi Minh City and other provinces will resume on a pilot basis.

The world is not making the necessary changes to avoid climate collapse, finds a report | Climate crisis