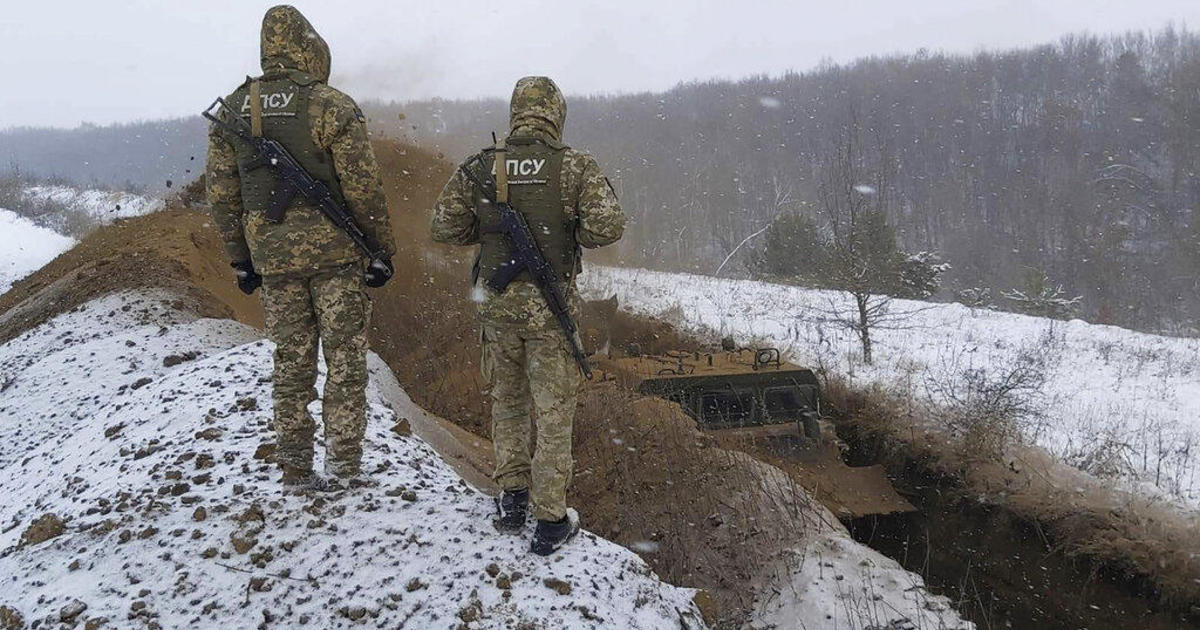 The United States has information indicating that Russia prepositioned a group of agents to carry out a false flag operation in eastern Ukraine, the basis for a possible “pretext for invasion,” according to a US official.

The official told CBS News on Friday that Russian operatives were “trained in urban warfare and the use of explosives to carry out acts of sabotage against Russia’s own forces,” and could take action “several weeks before a military invasion, which could start between mid-January and mid-February.”

The National Security Council declined to specify where the Russian equipment was thought to be located.

“When we talk about Russian operatives, it could represent a mix of individuals within the Russian government, whether it be from their intelligence communities, their security services, or even their military,” Pentagon press secretary John Kirby said on Friday. “They often hybridize their personnel to such an extent that the lines aren’t necessarily very clear as to who, specifically, they report to in running some of these more covert and clandestine operations.”

Kirby also said Russia’s activities were unlikely to happen “without the knowledge, if not the go-ahead, of the highest levels of the Russian government.”

Online, Russian actors have also been fabricating “Ukrainian provocations in state and social media to justify a Russian intervention and sow divisions in Ukraine,” the US official said, noting that there was a 200% increase last month in narratives in Russian that blame the West. and the Ukrainian authorities due to the escalation of tensions.

National Security Adviser Jake Sullivan said Thursday that the measures were reminiscent of Russia’s actions eight years ago, before the invasion and occupation of Crimea.

He said the United States is ready to respond to Russia if it abandons diplomatic talks in favor of military aggression, but said the US intelligence community has not determined that Moscow has “definitely decided” to mount an invasion of Ukraine.

“We are ready to make progress at the negotiating table: serious and tangible progress on important issues of concern to us, to Europe and to Russia in an environment of détente,” Sullivan said. “And we stand ready to take necessary and appropriate action to defend our allies, support our partners, and respond vigorously to any overt aggression that may occur.”

His comments followed various days of intense but mostly unsuccessful diplomacy between the US, NATO, European nations and Russia, which has amassed 100,000 soldiers on its border with Ukraine and recently conducted live-fire drills with troops and heavy artillery.

Moscow has for weeks been demanding security guarantees from the West that include a commitment that Ukraine will never be allowed to join NATO.

NATO and the US have repeatedly dismissed that demand as “a failure”, while signaling their willingness to engage with Russia on issues related to arms control, missile placement and transparency in military activities.

On Friday, Ukrainian officials said several government websites had suffered a “massive cyber attack” that brought them down temporarily. President Biden was briefed on the attack, but the United States has not yet determined who was behind it, a National Security Council spokesman said.

just a few hours before Ukraine’s ambassador to Washington told CBS News his country believed that a cyber attack would precede any major military action by the forces of Russian President Vladimir Putin.

NATO Secretary General Jens Stoltenberg condemned the cyberattacks, saying the alliance was actively “supporting the Ukrainian authorities on the ground.” He also said that NATO and Ukraine would sign “enhanced agreement” on cyber cooperation in the coming days.