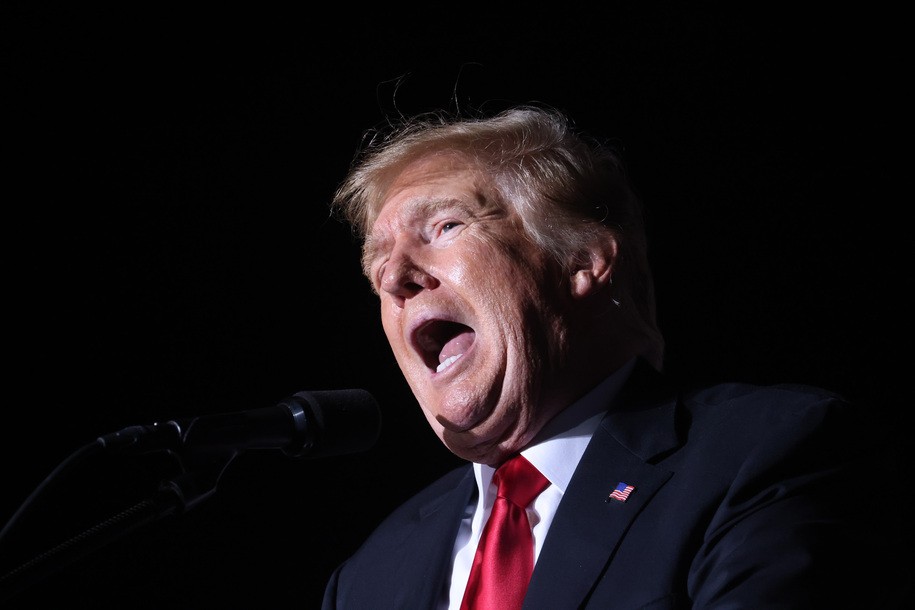 Sure, Trump had the knack of sending fake tweets that turned his MAGA followers on fire. That was his daily, if not hourly ritual for a full four years in the White House. That was governance for Trump.

But in reality, starting a company that supposedly does more than just blog is proving to be a slightly more difficult task for old Trump. for months, tThis failure has reduced Trump, who does not stop moving, to publish nothing more than a series of statements of discontent that hobble along the media landscape until they are soon forgotten.

Twitter permanently suspended Trump following the lies he spilled after the January 6 insurrection. Facebook and Instagram ultimately imposed a two-year suspension on Trump, pushing the prospect of his reentry to the platforms beyond the midterm elections. While blowing up Twitter with lies and outrage was Trump’s favorite pastime, Facebook actually served as a better fundraising tool for Trump.

Meanwhile, Trump’s “Truth” platform has been the victim of a series of delays ranging from the dozens of hires required to scrutiny by the Securities and Exchange Commission on a planned merger between Trump Media and a publicly traded company, Digital World Acquisition. Such mergers, carried out through a SPAC, normally take five to six months from the time the merger is announced to the time the deal closes, according to Michael Ohlrogge, an assistant professor of law at New York University.

Enter new Trump Media CEO Devin Nunes, the recently resigned California congressman and former dairy farmer who appears to have no credentials equivalent to the task of backing a social media startup.

The first version of the site was quickly shot down after pranksters posted a photo of a defecating pig under the username “donaldjtrump”. Days later, the creators of the open source social media software the site used, Mastodon, sent Trump Media a letter saying that Truth Social had violated the terms under which the software could be used.

After that debacle, a planned beta release never took place in November. The Apple App Store sets the expected release date for the Truth Social app as February 21.

Meanwhile, Nunes is reportedly burning the phone lines with venture capitalists for information on how to build a company.

Still, a Trump spokesman said he is not intimidated.

“The demand for President Trump, his leadership and his ‘America First’ solutions continue to grow despite Big Tech’s attack on his freedom of expression,” said spokesman Taylor Budowich.

If he could find a way out, Trump’s special brand of paranoia would be super popular. Too bad you’re tripping over your greed.

Clueless Joe Biden says it may not be so