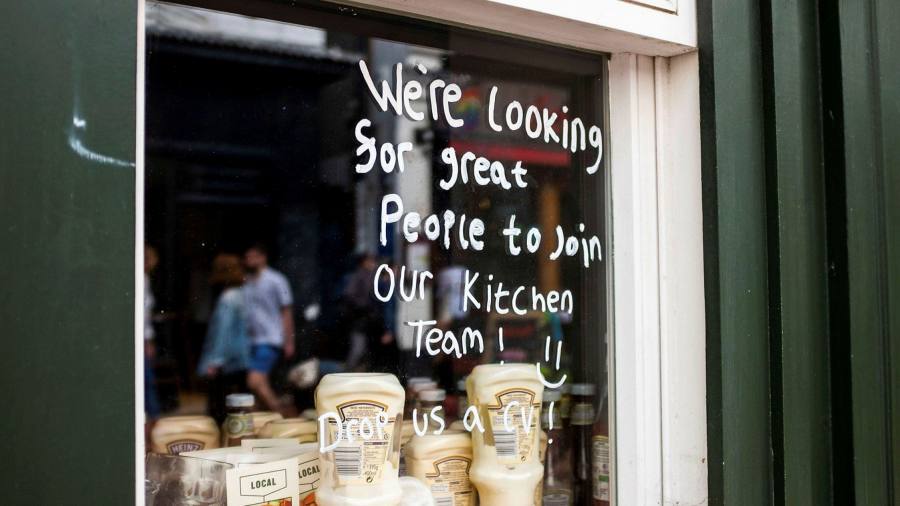 Few beliefs are more fashionable in News Primer and economics than the view that companies respond better to a “treat them badly, keep them enthusiastic” approach. The awarding of a share in the Nobel Prize in economics this week to David Card will cement this belief, even though the honor was bestowed for his research methods rather than his famous 1994 finding that an increase in the minimum wage of New Jersey did not reduce employment.

Almost every week, wherever there is a social problem, politicians and economists, whatever their political bent, say that the solution is to make life more difficult for companies. In the UK, Card’s findings have encouraged parts of the Labor Party to propose raising the national minimum wage to £ 15 an hour, higher than the medium daring. Left-wing economists say the move would boost productivity because companies will be forced to innovate to survive.

On the right, Prime Minister Boris Johnson does the same. in a recent speechHe argued that life should be difficult for companies to improve productivity. In the past, he said, they used “immigration as an excuse not to invest in people, in skills and in the equipment, the facilities, the machinery that they need.”

In the United States, the Donald Trump administration believed that tariffs strengthened American companies that had to pay them. The current administration is pleased to raise corporate taxes in an attempt to “build back better.” The EU is tightening regulations on car manufacturers to cut the costs of electric vehicles. In each case, we are told that good things come from being bestial for business.

It’s not just politicians who think companies need a good kick to implement the necessary changes. The IMF this week said the Covid-19 pandemic – a pretty bad event for companies – had “accelerated change in many sectors of the economy through increased automation and a transformation of workplaces” and expected higher productivity growth as a result.

These policies are far from identical, and some have redistributive or environmental ambitions at their hearts, where politicians will quietly admit that the outcome will not be win-win. But in each case, competition and market forces are not considered sufficient as a device of discipline in companies. Regulations and restrictions are the new game.

The question is whether the new attitude works. Card’s genius was to show that there are times when the answer is yes. Increasing the burden of business through minimum wages did not affect employment in New Jersey and this finding has been replicated in the US and in many countries. But, sadly, improved productivity has not been the reason companies have kept workers. Research by the UK Low Pay Commission shows that in 20 years of experience by posing the least audacity, he found “few concrete examples. . . of employers managing to increase productivity ”. Rather, companies made lower profits, raised prices, and, he found, “asking workers to work harder seems like a worryingly common response.”

Far from the prospect of Brexit spurring an investment wave as companies scrambled to adjust to the burdens it imposed, UK investment performance since 2016 has been dismal. according to Bank of England research, because companies could do more than complain. They could go elsewhere. Productivity experts don’t expect immigration restrictions to increase productivity.

The pandemic could have put companies on a higher productivity path for an indefinite period, but I hope that no legislator will ever suggest repeating the crisis as an economic strategy.

While there are some exceptions, making life difficult for companies does not improve corporate performance. “Treat them badly, keep them interested” is terrible advice for healthy relationships. He is equally bad at economic policy.