Toyota Fortuner modified to look like Lamborghini Urus in Pakistan Owning a Lamborghini is a dream for many around the world; While many adore his looks, most people love his performance. We have seen many cases in the past where people have shown their love for Lamborghinis, customizing their regular cars to look like one of the iconic raging bulls from Sant’Agata Bolognese. One such man from Pakistan transformed his Toyota Fortuner to look like a Lamborghini Urus.

In a Facebook post uploaded by a Pakistani page called ‘Sialkoti Racers’, we can see a Toyota Fortuner from Sialkot, Pakistan, with a completely different looking front end. The front end has been transformed to resemble the front profile of the Lamborghini Urus. While the transformation process isn’t as seamless as you’d expect, it certainly adds a distinctive appeal to it.

Speaking of the modified front design, the Toyota Fortuner here, which is sold as the Fortuner Legender in India, seems to retain its stylish all-LED headlights that are offered as standard. However, the front grille and front bumper have been completely replaced by an aggressive-looking aftermarket bumper that mimics that of the Lamborghini Urus. 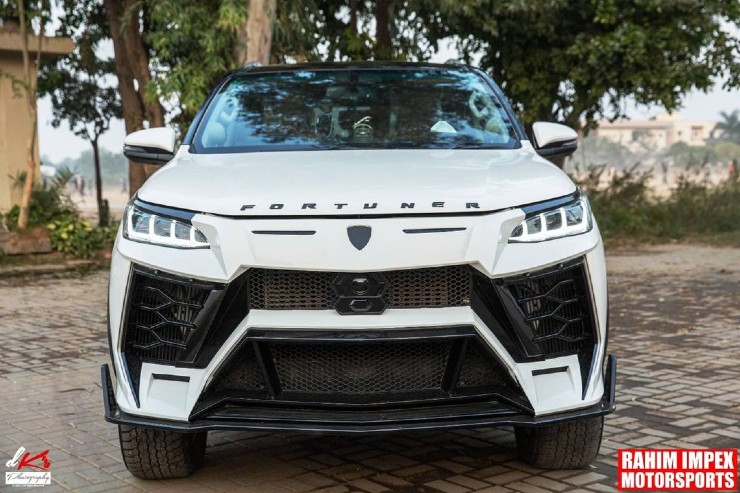 The front bumper looks huge with false air vents with Y-shaped motifs on the sides and a divided central dam. It also has a diffuser at the bottom and a hexagonal part in the middle of the upper air dam, which mimics the radar of the various driver assistance systems offered as standard on the Urus. Aside from the completely changed front profile, the Fortuner here doesn’t seem to receive any other modifications.

Lamborghini Urus is very popular all over the world 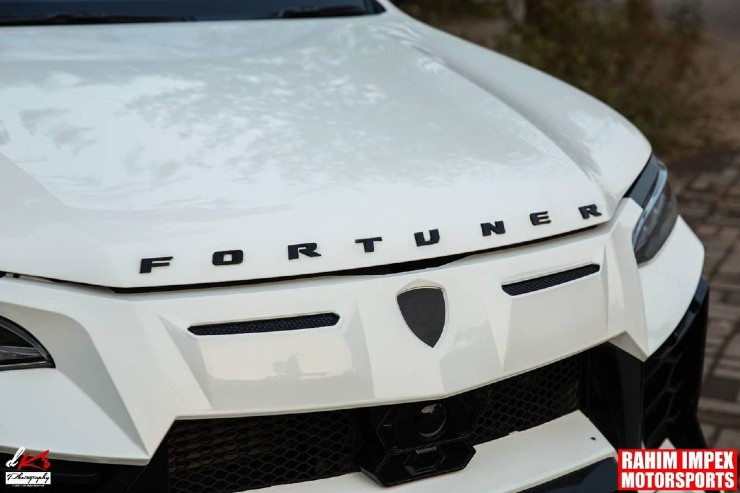 The Lamborghini Urus has been one of the most important milestones in the Italian sports car brand’s journey to date. While the Urus isn’t Lamborghini’s first SUV (that title goes to the short-lived LM002), it has managed to carve out a niche while maintaining Lamborghini’s legacy as a manufacturer of pure sports cars. While it has the elevated stance and four-door design of a family SUV, it is quite a Lamborghini when it comes to the design inside and out and the performance under its hood.

Even the Lamborghini Urus is extremely powerful and has a 4.0-liter V8 biturbo petrol engine. It develops a maximum power of 650 hp and a maximum torque of 850 Nm. You get an AWD system and an 8-speed automatic transmission. The Urus can do 0 to 100 km / h in just 3.6 seconds and can reach a restricted top speed of 305 km / h.

The Lamborghini Urus is the brand’s first modern SUV that has gained great popularity around the world. In India, it has become the best-selling Lamborghini in history and the brand has delivered more than 100 units of the high-performance SUV in the country.