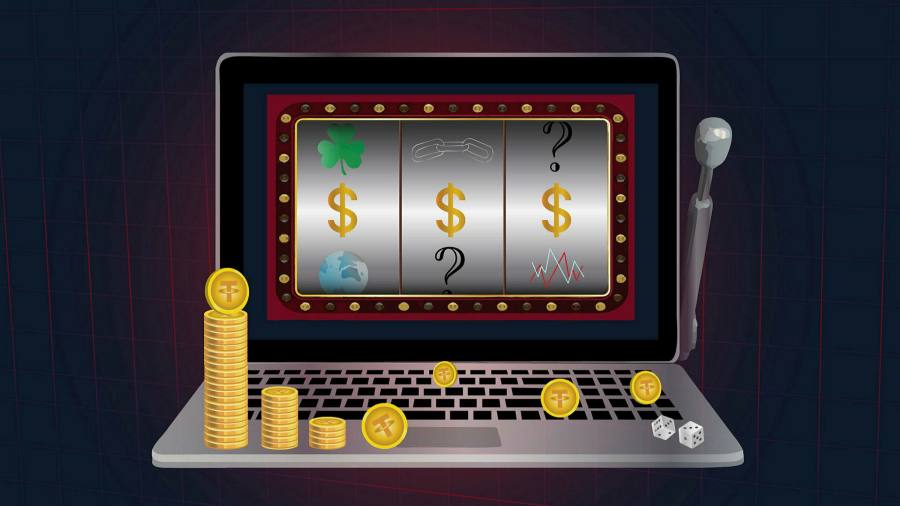 A dozen years ago, during the financial crisis of 2008, it occurred to me that the best way to make a financial system safe, in the midst of wild innovation, was for investors and regulators to get regular little wake-up calls. These events, like the mush in the Goldilocks tale, would be “hot” enough to hurt, but not so searing as to create permanent burns.

Unfortunately, this did not happen before that crisis; or not to a degree that could have pierced the euphoria and compliance of investors (and regulators). However, an interesting question to ponder today, amid another savage onslaught of financial innovation around cryptocurrencies, is whether we could still see a version of that Goldilocks moment at work.

Consider the intriguing history of the cryptocurrency called Tether. In recent years, the Tether company, which is controlled by the owners of a crypto exchange called Bitfinex, has issued $ 69 billion of so-called “stablecoins,” digital tokens tied to other assets like dollars.

This sum, which has expanded rapidly this year, means that Tether represents about half of the total stablecoin universe. And since the currency is widely used as a convenient way to transfer digital assets to fiat currency (and vice versa) and transact between different platforms, it is often described as the reserve currency of the crypto world.

However, its reputation is not as stable as its name suggests. Before February 2019, the company claimed that the token was backed by dollar holdings, allowing it to maintain a one-to-one exchange rate. However, earlier this year, the group paid a $ 18.5 million fine to the New York attorney general’s office as part of a settlement, following accusations by the attorney general that Tether had “concealed the real risk faced by investors “with their reserves before February 2019.

The company has added a note to your website say that the token is backed by safe assets similar to the dollar, such as $ 30 billion of US commercial paper (a claim that implies that it is the seventh largest global operator in this sector).

Last week a The Bloomberg article stated that Part of Tether’s assets were in Chinese bonds, amid unusual financial flows between offshore bank accounts. In response, the company issued a vehement denial that anything was unfavorable, arguing “that quarterly warranty attestations (as recently as June 30, 2021) confirm that all Tether tokens are fully backed “and” the vast majority of commercial paper held by Tether is in issuers rated A-2 and above. ”

Some crypto investors don’t seem concerned (perhaps because they assume that Tether will hold its value as long as everyone else uses it). While cryptocurrency prices initially fell following the Bloomberg story, they have since rallied. But rumors keep flying, and last week international politicians promised more oversight. If nothing else, that makes Tether’s story a wake-up call.

Should the mainstream financial world care? Some seasoned artists might argue not. After all, stablecoins currently act like the poker chips in a cyber casino.

While tokens are used to trade within the confines of cryptocurrency land, they can only be used there. As a result, it shouldn’t matter if they turn out to be, say, part of a pyramid scheme, as long as that casino is autonomous, or so the optimistic argument goes.

However, that idea seems increasingly naive. On the one hand, major investors and institutions are increasingly being drawn into the world of cryptocurrencies, for investment purposes, at least. On the other hand, the market now has tentacles in other parts of finance, as Tether’s holding of US commercial paper shows. This could create contagion risk, as Fitch’s ratings noted in July, particularly if these products are combined with the kind of leverage it could generate. margin calls in a crisis (which are getting more and more).

While stablecoins are currently used in a “walled” casino, companies like Facebook hope to create versions of these tokens in the future that will have real-world use in the mass market. Precedents matter.

Therefore, regulators and investors need to heed the wake-up calls. An obvious step for top investors and institutions tiptoeing into this world to take is to demand better and audited policies around reserves. In China, the reserves that support fintech products are held at the central bank; in Kenya, a product like M-Pesa maintains reserves in a trust account. Something similarly transparent is needed for Tether and other stablecoins.

A second step is that regulators must increase coordinated global supervision. This will not be easy, given the mobile and fickle nature of cyberspace. Also, as Klaas Knot, Vice Chairman of the Financial Stability Board noted last week, Financial regulators face a complicated silo problem: although bodies like the FSB are trained to share data on cross-border financial flows, they have “no counterpart” in the digital sphere. This is important, since many crypto companies describe themselves as “software.”

It is good news that regulators promised to increase your scrutiny and it’s even more welcome that critical attention is being paid to companies like Tether. Yes, cryptocurrency fans might howl. But, without some accidents and controversies to keep investors on their toes, there could be a bigger disaster. Perhaps a gentle wake-up call is due.