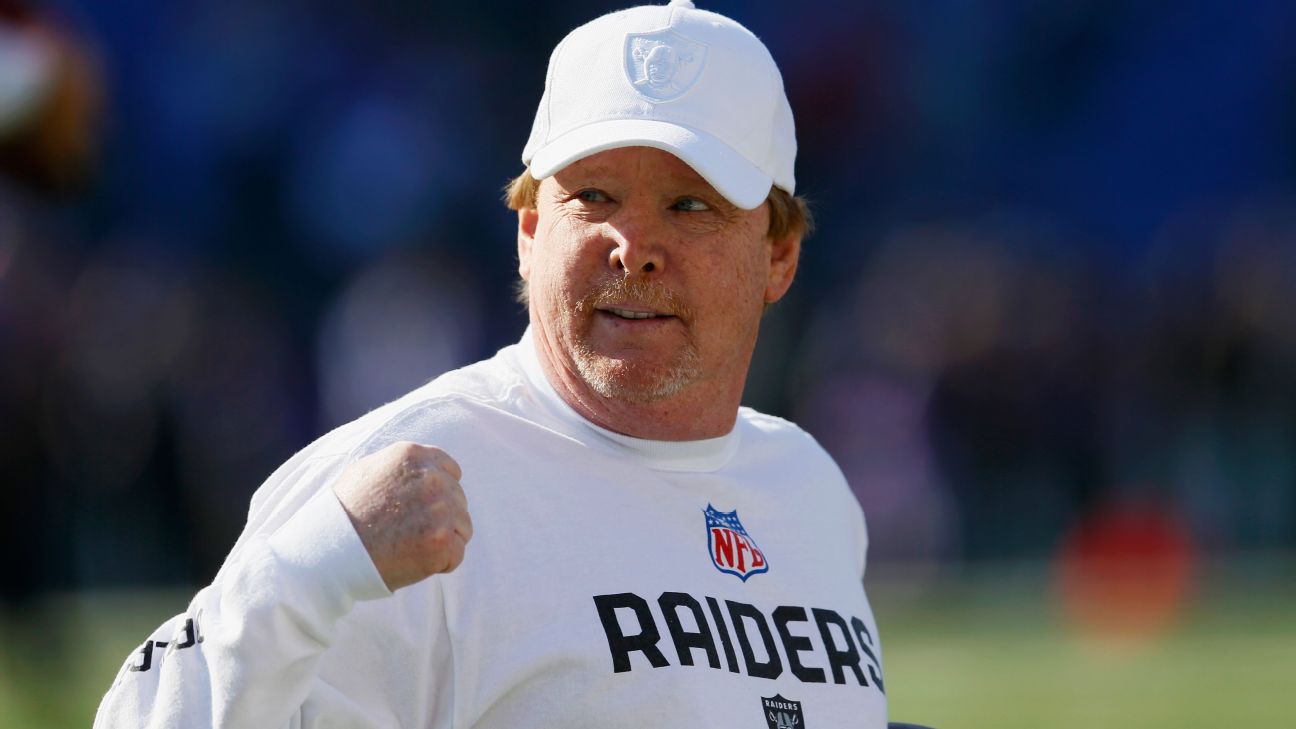 The NFL has not issued any disciplinary action in connection with Gruden’s emails. There have been no suspensions or fines. If Davis says the NFL has “all the answers,” apparently it’s an indication that he believes the league is behind the email leaks.

The first reason the email was leaked last Friday. In it, the former coach insulted NFLPA CEO DeMaurice Smith about the size of his lips.

More emails were posted Monday night. Those revealed that Gruden used homosexual slurs and insulted NFL Commissioner Goodell multiple times. One theory is that Goodell was furious when he saw the emails and that someone from the league leaked them to force the Raiders to act.

Davis clearly seems more upset with the NFL than with his former head coach, and that in itself is a problem.

SOURCE SPORTS: Raiders Owner Mark Davis on Jon Gruden: “NFL Has All The Answers” appeared first on The Source.