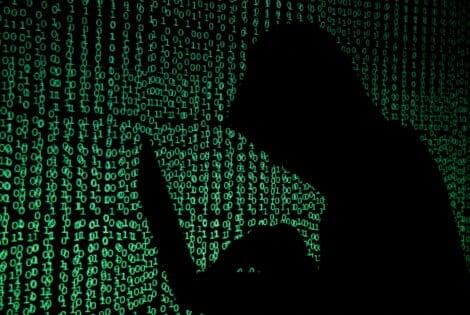 FILE PHOTO: A hooded man holds a laptop while a cyber code is projected at him in this illustrative image taken on May 13, 2017. REUTERS / Kacper Pempel / Illustration

MOSCOW – Russia carried out a special operation against the REvil ransomware criminal group at the request of the United States, detaining and indicting the group’s members, the FSB national intelligence service said on Friday.

The hacking group wanted by Washington has been dismantled and the United States has been informed of the measures taken by Russia, the FSB said on its website.

“… The organized criminal association has ceased to exist and the information infrastructure used for criminal purposes has been neutralized,” he said.

The US embassy in Moscow said it could not immediately comment.

A source familiar with the case told Interfax that members of the group with Russian citizenship would not be turned over to the United States.

The United States said in November that it was offering a reward of up to $ 10 million for information leading to the identification or location of anyone who holds a key position in the REvil group.

The United States has been affected by a series of high-profile hacks by cybercriminals seeking ransom.

Meatpacker JBS SA was hit by a ransomware attack carried out by the REvil group, a source with direct knowledge of the matter told Reuters in June.

Russia’s announcement comes during a confrontation between the United States and Russia. Moscow demands Western guarantees, including that NATO will not expand further. It has also amassed its troops near Ukraine.

The latest tech news delivered to your inbox