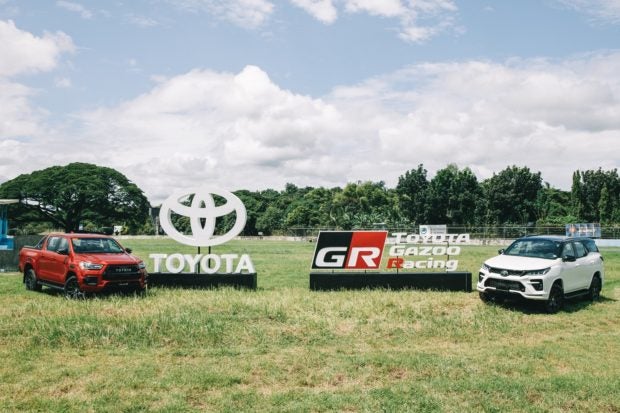 “We marked another milestone by combining the trusted IMV platform with the TOYOTA GAZOO Racing spirit of excitement!” TMP President Atsuhiro Okamoto said at the official launch of the model.

“When Toyota Motor Philippines first introduced the IMV series in 2005, we had a vision to offer reliable and durable vehicles perfect for the needs of Filipinos. 15 years later, our IMVs continue to be a worthy companion to adventure, commute, and the harsh demands of the country’s many highways, ”added Okamoto. “Developed by TOYOTA GAZOO Racing, we bring the excitement of motorsport to your daily commutes with a sportier, more accelerated reinvention that pushes the limits of the models we know and love.” 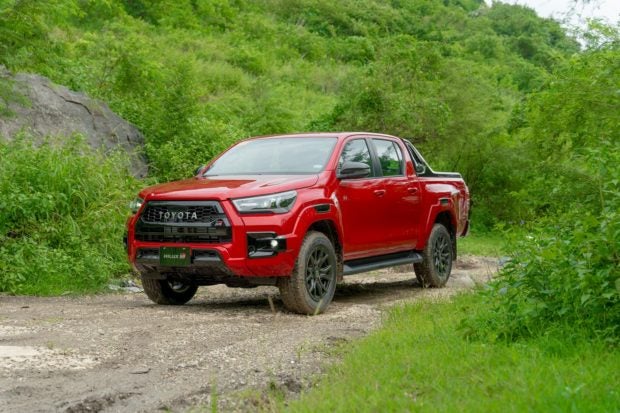 TMP intends to offer more sporty options for racing fans and motorsport enthusiasts who want to express this passion through their daily drivers. Now with the latest additions to the GR lineup, daring and adventurous fans of TMP’s best-selling SUVs and pickups can experience the thrill of TGR with their favorite Toyota models. 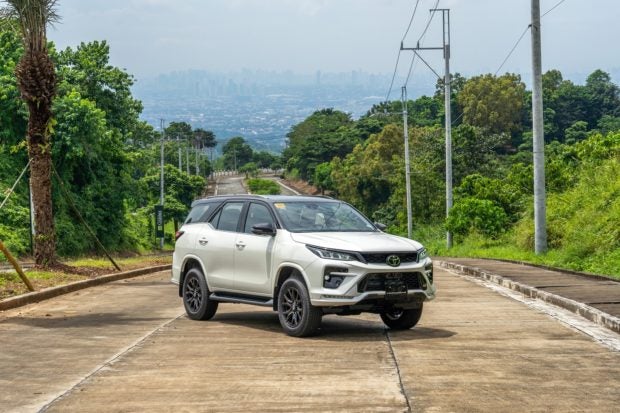 The new GR-S models get a striking and more aggressive exterior, with the Fortuner GR-S featuring a redesigned front and rear bumpers, fog lamp trims, body-color arch trims, and rear door trims and rear spoiler. two tones. The Hilux GR-S has a G-MESH front grille design in glossy black with the TOYOTA emblem on the front of the model., Body-colored fenders, glossy black sport bar. Both models have a black tinted clear coat on their 18 ”machine cut finish alloy wheels.

Soak up the racetrack-ready vibe with an interior that complements the sporty exterior: GR red, black and silver smoked metallic interior with accents on both models, leather with red stitching on the steering wheel, aluminum pedals, and sporty front seats with suede and leather material with red stitching. Meanwhile, the Fortuner GR-S has matte carbon trims in the center group. Both models also have 8-way power-adjustable seats and dual-zone air conditioning for a more comfortable ride, and the Hilux GR-S now comes with paddle shifters.

Truly made for thrilling rides, entry is made easier for anything that might require an adventure with the hood lift assist for both models and the Fortuner GR-S power liftgate kick sensor. 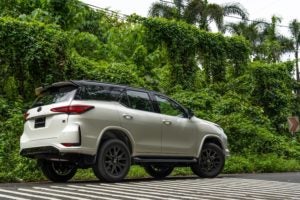 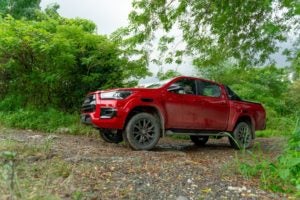 The GR and GR Sport badges complete the look of both models inside and out.

The new GR-S models will be available at all TMP dealerships nationwide beginning November 3.

With Toyota’s long history in motorsports and inspired by the passion of its people and leaders like Toyota Motor Corporation President Akio Toyoda himself, TMP aspires to make motorsports bigger and better known in the world. country.

TOYOTA GAZOO Racing is bigger and better than ever with Toyota’s exciting PH motorsports and e-motorsports events: TGR Vios Cup and GR GT Cup, and its ever-growing local lineup that includes the manufacturing Vios GR-S. local, the heart of GR Supra and GR Yaris racing, and the daring new additions: the Hilux GR-S and Fortuner GR-S.

For more information on the new GR-S models, visit the official TMP website at www.toyota.com.ph and follow the official social media pages at ToyotaMotorPhilippines and ToyotaGazooRacingPH (Facebook and Instagram), @ToyotaMotorPH (Twitter) and Toyota PH (Viber and Telegram). Do you want to know more about TOYOTA GAZOO Racing? check https://toyota.com.ph/gazoo for more information on exciting Toyota models and upcoming events.