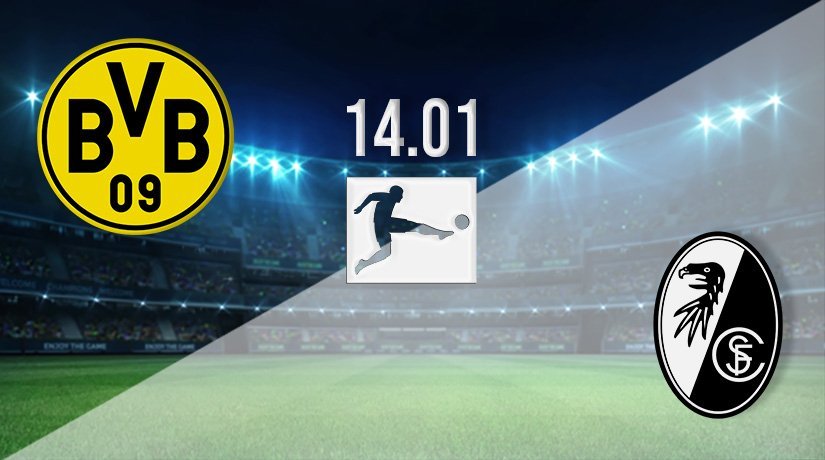 Borussia Dortmund resumed their Bundesliga campaign after the international break with an away win. Given Bayern Munich’s recent form, the door to the title race could be slightly open for Marco Rose’s team, meaning Friday’s game against Freiburg is a great opportunity to put pressure on the champions.

Borussia Dortmund may be back in the Bundesliga title race, as Bayern Munich suffered a surprise defeat in their first game after the winter break against Borussia Mönchengladbach. However, Marco Rose’s team will have to continue to reap victories if it wants to reduce the difference between the two teams, which currently stands at six points.

Before winter break, Dortmund had won once in four games, but they looked in better shape when they returned to the pitch last weekend for the first time since December.

Dortmund managed to clinch a 3-2 win on the road against Eintracht Frankfurt in form, with Mahmoud Dahoud scoring the winning goal with just one minute remaining. Dortmund trailed 2-0 at halftime in that match, but goals from Thorgan Hazard and Jude Bellingham evened the score.

This will be another interesting match for Dortmund, as Freiburg have been one of the stories of the season in the Bundesliga so far this season. They are currently sitting in an unlikely position in fourth place, and could move up to third with a win on Friday.

Freiburg had won two of their previous four before the break. However, they lost points on their return to action last weekend as they could only get a draw against Arminia.

Janik Haberer and Jeong Woo-Yeong scored goals to put Freiburg 2-0 up, but allowed Arminia to steal a point after conceding two goals in the final half hour.

Freiburg actually has a very good recent record against Dortmund, having won the last two matches. Both victories have been 2-1 on the scoreboard, but Freiburg have not won away in the last ten years. Dortmund have won their last three home games against Freiburg.

Freiburg would have been confident of their win against Dortmund earlier in the season, but they will need to be more solid defensively this weekend. However, we can’t see beyond Dortmund getting a second win in a row to close the gap with Bayern.

Make sure you bet Borussia Dortmund vs Freiburg with 22Bet!