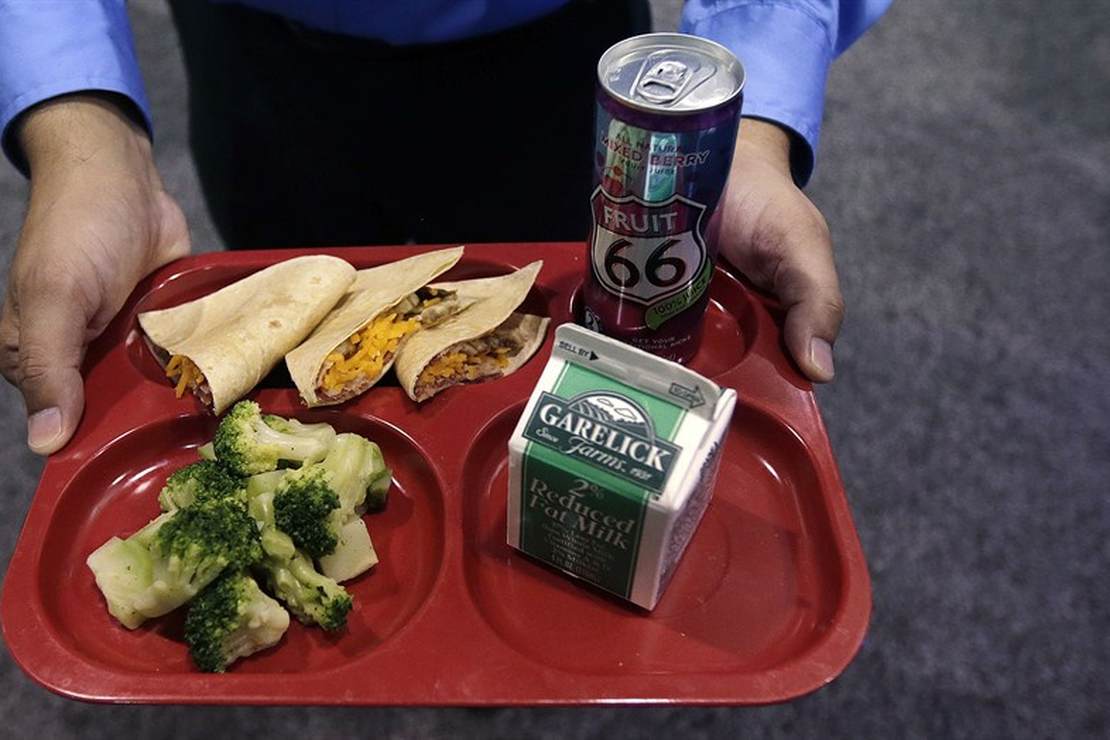 I hope everyone had the opportunity to sit down with family and friends for a satisfying Thanksgiving meal. Of course, when the holidays are over, those of you with children will send the children back to school, where they will have to deal with the dubious proposition of eating school lunches. That’s pretty typical, but children attending New York City schools face an additional complicating factor. As the NY Post reports this week, many public schools still have social distancing rules due to the pandemic. And one of the requirements for some of them is that they eat outdoors. In case anyone hasn’t noticed, temperatures in New York have dropped to 40 degrees on a regular basis and there is even occasional snow in some areas. Forgive us for asking the obvious question here, but should school kids sit in the snow for lunch?

Children in some city schools still eat lunch outside every day due to social distancing rules despite freezing temperatures and foggy parents.

“It’s getting a little ridiculous at this point,” said a mother at MS 104 in Manhattan, where the kids again shredded their cheese into strips in 39-degree weather Wednesday. “They have eaten outside every day this week. It’s cold. “

A mother at a Park Slope elementary school said her son has also been dining outside all year and started complaining about the conditions this week.

The Park Slope Elementary School mother who was interviewed for the linked article says she asked the school board about the situation, but was told there are currently “no plans” to end the policy at this time. All these decisions are made from the teachers’ unions. Has anyone informed you that it is actually starting to snow?

This is more of the COVID insanity that has infected our public school administrators and staff. It is almost December. While winter doesn’t technically start for another month or so, winter has hit the Northeast for all intents and purposes. I was stuck in traffic on Tuesday for almost two hours because people forget how to drive in the snow every year. But at least he was in a vehicle. Are we really going to ask the kids to sit in the snow while they eat lunch?

“It’s hard enough for a child to eat out while sitting on concrete with a mask on,” said the mother of a Brooklyn fourth-grader who ate out this week. “What time do you have to do to get in?” How low does it have to go? “

Parents report that children in these schools have only been allowed to eat indoors during torrential rains so far. Light snowfall has not altered politics. School boards contacted for this report claim that all children have been given the option of eating indoors if they follow the policies of masking and distancing themselves, but parents say the children were unaware of that option.

What makes matters worse is the fact that none of the teachers and administrators are eating outside. The faculty dining areas still function indoors as they normally do. Do they wear masks and socially distance themselves over lunch? Nobody seems willing to say it.

This is further insanity perpetrated both by the theater of the pandemic sweeping the nation and by teachers unions using the health crisis to their own advantage. Parents are the ones who pay the taxes that keep those schools running. There is no reason why they should not be able to institute a change in this type of insurance.