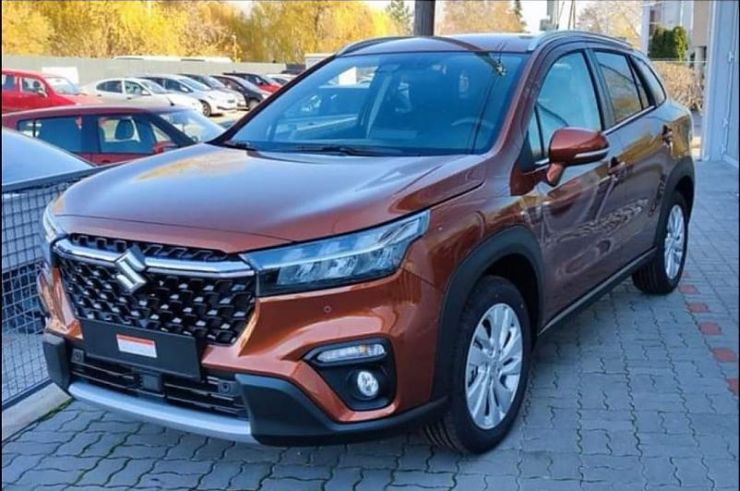 Suzuki is working on a new generation of S-Cross. The SUV has been spied without camouflage at a production plant in Hungary. Suzuki will officially introduce the new S-Cross on November 25 and they have already started teasing the new SUV. Here we have some new images of the S-Cross.

The S-Cross is finished in a nice shade of orange that looks more like a bronze color. The exterior of the 2022 S-Cross is completely new. Where the current S-Cross looked like a crossover, the new one looks more like an SUV. There are also some hints of XL6 at the front.

There are new LED headlights that are now expected to get Matrix technology. In it, there are individual LEDs that can be turned on and off, independently of each other. There is a camera mounted on the front of the vehicle that can detect oncoming traffic and then the computer can turn off individual LEDs. This means that approaching drivers will not be dazzled. There are also new LED daytime running lights and there is a chrome strip in the headlight that is integrated into the horizontal chrome strip of the grille. There is also a new bumper with a dummy skid plate and a new fog lamp housing in which the turn signals are also located.

On the sides, there is a thick plastic coating, new alloy wheels and turn indicators mounted on the outside rearview mirrors. At the rear, there are new split taillights with clear lenses that will hopefully use LEDs. There is a chrome slat that connects the taillights. There’s also a redesigned bumper, faux skid plate, rear spoiler, and washer-on rear wiper.

Then we get to the interior, this is the first time the interior of the S-Cross 2022 has been seen. As we can see, quite a few equipment has been moved from the previous S-Cross. The door pads look similar. It has the same leather-wrapped multifunction steering wheel and air conditioning vents. As of now, we don’t know if Suzuki will use a new touchscreen infotainment system or not. But we know that either way, it will come with Android Auto and Apple CarPlay. It will come with a panoramic sunroof, automatic climate control, start / stop button, cruise control and much more. 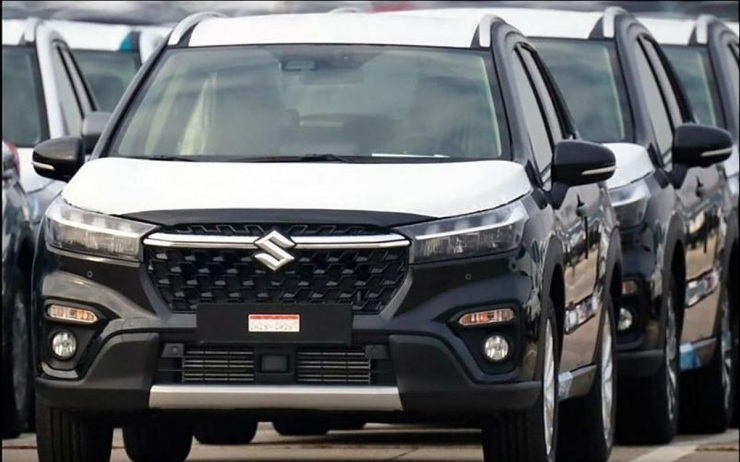 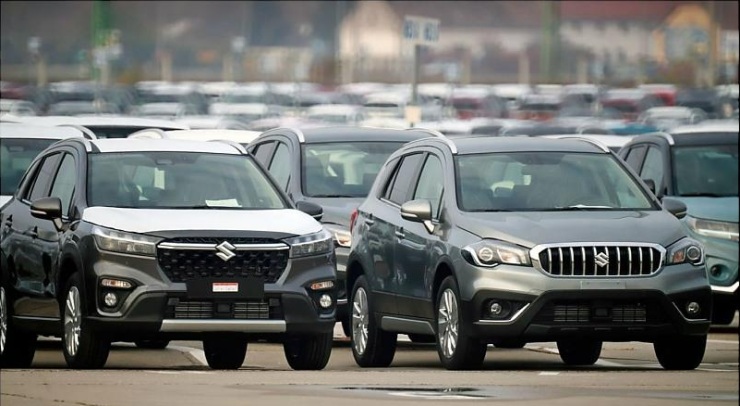 The taller variants also come with Suzuki’s AllGrip all-wheel drive system, while the lower variants can use the 1.5-liter four-cylinder naturally aspirated gasoline engine. It produces 104 hp of maximum power and 138 Nm of maximum torque. Suzuki could also upgrade its hybrid system from 12V to a 48V one.