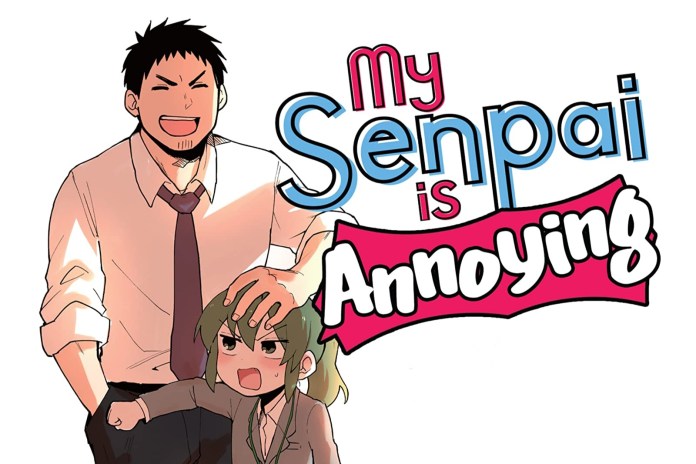 However, on July 1, 2020, an anime television series adaptation of the manga was announced. Doga Kobo will produce the next anime series. The anime series is scheduled to air in October 2021. Still, the news of the anime adaptation got fans of the manga series excited.

Senpai is just as annoying as he was in the manga.

The anime series will be directed by Ryota Itoh. Also known for “Ghost in the Shell: Stand Alone Complex” and “Cowboy Bebop: The Movie”. Additionally, the episode scripts are being supervised by Yoshimi Narita.

The anime, “My Senpai is Annoying”, is about the life of Futaba Igarashi, a young office worker. Her superior at work, Takeda Harumi, constantly annoys her. But even after all this, she feels closer and closer to him. Workdays are filled with comic mishaps and romantic moments as Futaba does her best to balance her work, life, and love. Since then, the anime adaptation has featured a cast full of veteran voice actors for the roles.

The cast includes Tomori Kusunoki and Shunsuke Takeuchi as Futaba Igarashi and Takeda Harumi. Some other cast members are, Aoi Koga, Yui Horie, and Reina Aoyama will play the roles of Mona Tsukishiro, Yūto Sakurai, and Natsumi Kurobe. Lastly, the first episode of the anime series will air on October 9, 2021.