Like it or not, America’s hopes for the 2022 World Cup are in the hands of its young players 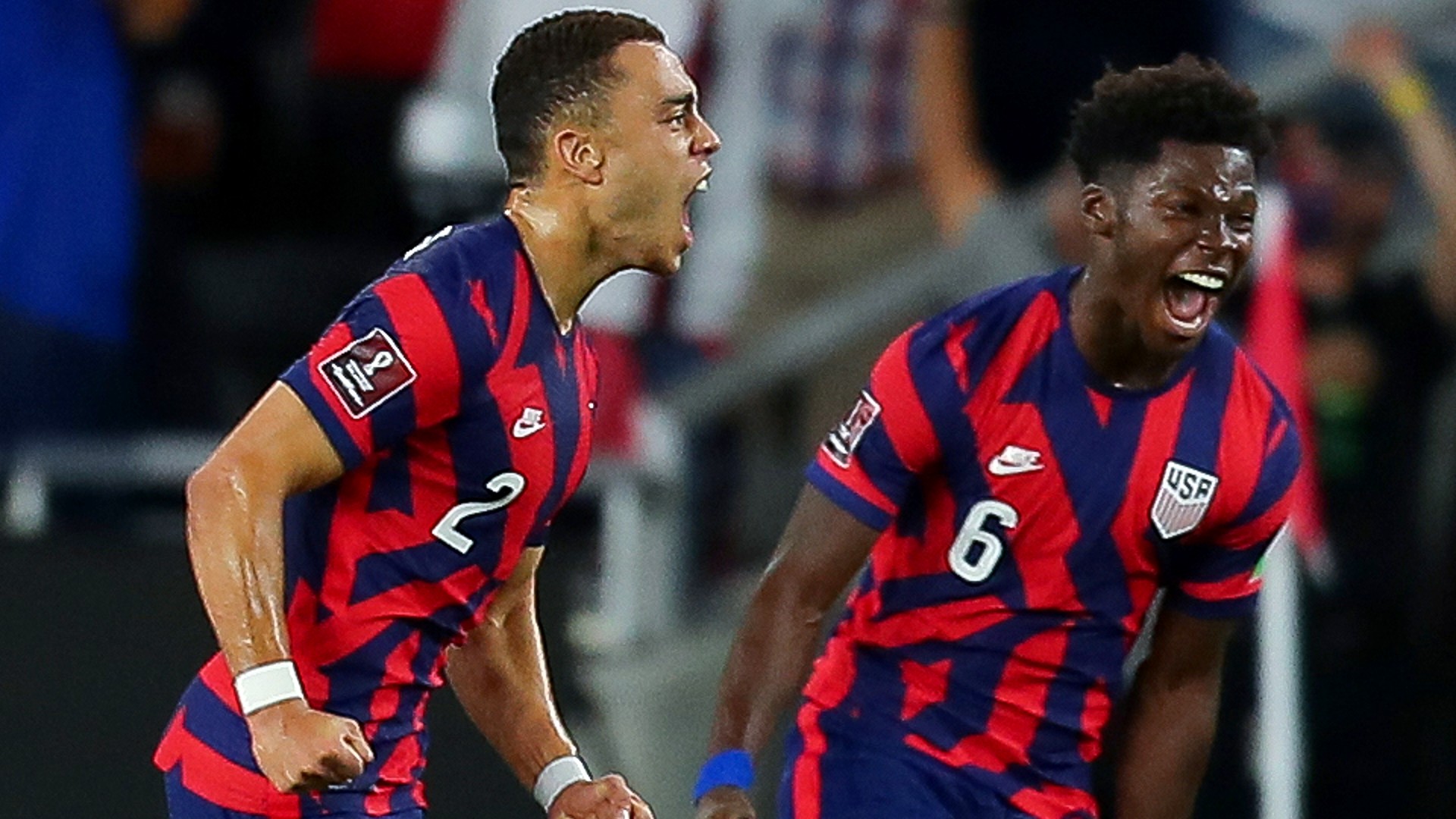 Of the 11 players who started for the United States men’s team on Wednesday night against Costa Rica, none were alive when the country hosted the FIFA World Cup. That was in 1994, just 27 years ago. Some of the games were played in Dallas, where forward Ricardo Pepi now plays in Major League Soccer. At that time, he was eight years away from being born.

The USMNT began its youngest lineup, in this World Cup qualifier in Columbus, Ohio, a decision made because the “kids” are so good, but also because their elders just aren’t. This is having an impact on the attempt to reach Qatar 2022 that many of the team’s fans are dismissing too casually.

The 2-1 victory over Costa Rica was unnecessarily heartbreaking because this team, whose players average 22 years and 199 days old, played, at times, like children. The defense stumbled in the first minute to an advance that forced goalkeeper Zack Steffen to leave his area to clear the ball with a header. His effort wasn’t strong enough to get the ball across the sideline, and he was saved by Costa Rican left-back Ronald Matarrita, who sent a cross over the US defense to unmarked winger Keysher Fuller. He made a rolling shot that Steffen didn’t seem to see until he was behind him.

Right-back Sergino Dest tied the game in the 25th minute with a left foot. great goal He struck after a beautiful comeback from teenage midfielder Yunus Musah, who readied Dest to move into space over the box and shoot the ball into the left corner.

With the game tied 1-1 at the start of the second half, defender Miles Robinson sent a soft and lazy side pass to fellow central Chris Richards, who did not react to Robinson’s mistake and saw Ticos veteran Bryan Ruiz intercept the ball and take off with no one between him and Steffen’s goal. It helped that Ruiz is 122, okay, just 36, so Robinson was able to catch him near the top of the box and clear the ball.

In the 65th minute, Weah broke free from the right side of the box, accepted a pass from Dest and fired a shot so sudden and emphatic that it could only have been stopped by one of the best goalkeepers in the world. Fortunately for the US men’s team, the Costa Rican player who fits the same description, Keylor Navas of Paris Saint-Germain, left at halftime due to a pulled muscle.

Weah’s shot slammed into the right post and hit Navas’ replacement Leonel Moreira in his left rib. He then rolled over the goal line. The official scorers of Wednesday’s game scored an own goal.

In added time, Costa Rica took a free kick 30 meters from the area and had no choice but to send the free kick into the area and hope for the best. The United States hit the ball with a tangle of legs that never quite connected before landing in front of Steffen, who covered it. There was a lack of Costa Rica along the way, but it could have been a catastrophe.

And that’s pretty much what one should expect from this team, as long as it’s countered by a flood of energy and creative talent. What happened in Colón.

“I said before, I don’t think there is enough talk,” coach Gregg Berhalter told reporters. “Twenty-two years and 199 days was the average age of our starting lineup. That’s basically something unheard of in international football. Go to Germany, France, Brazil, basically they face 28 and 29 year old teams.

“So for us to be navigating through this CONCACAF standings, which is a bear, a monster, with this group, and the amount of poise they showed on the field today, particularly by dropping one goal, and then the second. half to be up, a goal and handle the game quite well … I’m proud of the effort. The guys showed a lot of poise. And they are growing, they are growing as a team. “

MORE: Why is there no VAR in the 2022 CONCACAF World Cup Qualifiers?

The United States is in this situation because the country produced virtually no outstanding national team players between Toronto FC forward Jozy Altidore (who turned 20 in 2009) and Chelsea forward Christian Pulisic (who turned 20 in 2018) . You could call this the period between the Freddy Adu generation: no Landon Donovan or DaMarcus Beasley or Clint Dempsey emerged to replace the originals.

Of the players who competed for the USA at the 2009 FIFA U-20 World Cup, only midfielder Mix Diskerud and winger Brek Shea won more than 25 matches for senior national teams. Perhaps the most successful product of that team was Josh Lambo of the Jacksonville Jaguars, who has scored 527 points as a place kicker in the NFL.

The 2011 U-20 squad, which included forward Bobby Wood and midfielder Sebastian Lletget, did not even make it to the FIFA U-20 World Cup. The 2013 squad produced only right-back DeAndre Yedlin and midfielder Kellyn Acosta, who have 110 caps combined.

Faced with that relative void, Berhalter tried to draw on the experience of Lletget, 29, and Acosta, 26, to control the midfield in Sunday’s away game against Panama. His faith was not rewarded. The burden was too heavy for those two to carry, and the United States stumbled into a 1-0 loss. And many fans, and some former players turned analysts, criticized the coaching staff for that result.

“What I’m trying to avoid, especially with the team, is putting pressure on them due to outside forces,” Berhalter said. “We have enough internal pressure to want to play in a certain way. We want to play well. And we want to win games. All qualification for the World Cup is difficult. All qualification for the World Cup is a challenge. And sometimes I feel like people forgot. And people think it’s a piece of cake. And we’re going to play the youngest team in US Soccer history in one game and we’re going to go through these games quickly. It is not realistic. “

If you’re wondering if there has been any progress since the Couva Calamity, the night four years and three days ago when the USMNT failed to qualify for the World Cup, consider that the 2-1 loss to Trinidad and Tobago was the 10th and last. match of the final stage of qualification for Russia 2018. The defeat left the USMNT with a total of 12 points, which were neither enough to qualify automatically (yes, I know) nor to enter the intercontinental playoff awarded to the team that placed four.

This squad has played six games to date: three at home, three away from home. Wednesday night’s victory brought the United States’ total to 11 points. That’s 1.83 points per game. The average four years ago was 1.2 points per game.

The Americans won three games in what was then called “the hex.” They’ve already matched that total in just over half the time. They lost their first two games in 2016-17. They only have one defeat in half a dozen games, placing second in the octagonal and three points ahead of fourth place Panama.

“We weren’t smart enough at first, but we did well after that,” Dest told reporters. “We work as a team and it is very nice to see.

“We are like brothers to each other, and I think it is very important to compete at the highest level and win games. Because soccer doesn’t always have to be a good game of possession and stuff. Points are the most important.

“We have a really young team. We are like talents, really future talents. We all work together and we all gain experience. Because these games are difficult. We are not used to playing against these opponents.”