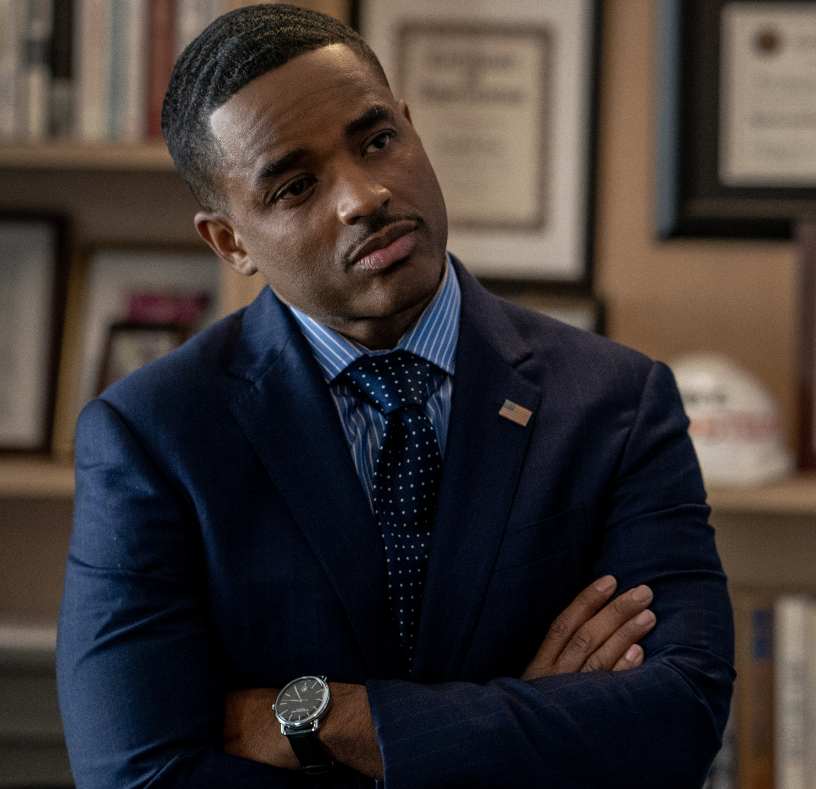 According to the Hollywood reporter, Tate will be a mainstay in season two that premieres November 21 on Starz.

After appearing in two episodes of the first season of the Power spinoff, he will continue his role as New York City Councilor Rashad Tate.

Larenz Tate made his character debut in the fourth season of Power and became the main adversary of James “Ghost” St. Patrick (Omari Hardwick) in the last two seasons of the series.

In the upcoming season of Power Book II, Tariq St. Patrick (Michael Rainey Jr.) faces tough decisions about how to protect what’s left of his family. Unable to go it alone, he turns to those with power and influence: Davis MacLean (Cliff “Method Man” Smith) and his new partner Cooper Saxe (Shane Johnson) and Rashad Tate.

In other Power news, executive producer Curtis “50 Cent” Jackson and series running back Courtney Kemp have the green light for another book. The franchise has featured a first look at Joseph Sikora’s Tommy Egan in Book IV: Strength.

Power Book II: Ghost recently released a new teaser, with Tariq proclaiming, “It’s always about me, my family, and a gun. We all have to play the hand we deal. You have to deal with the consequences. “

Check out the teaser for season 2 below!