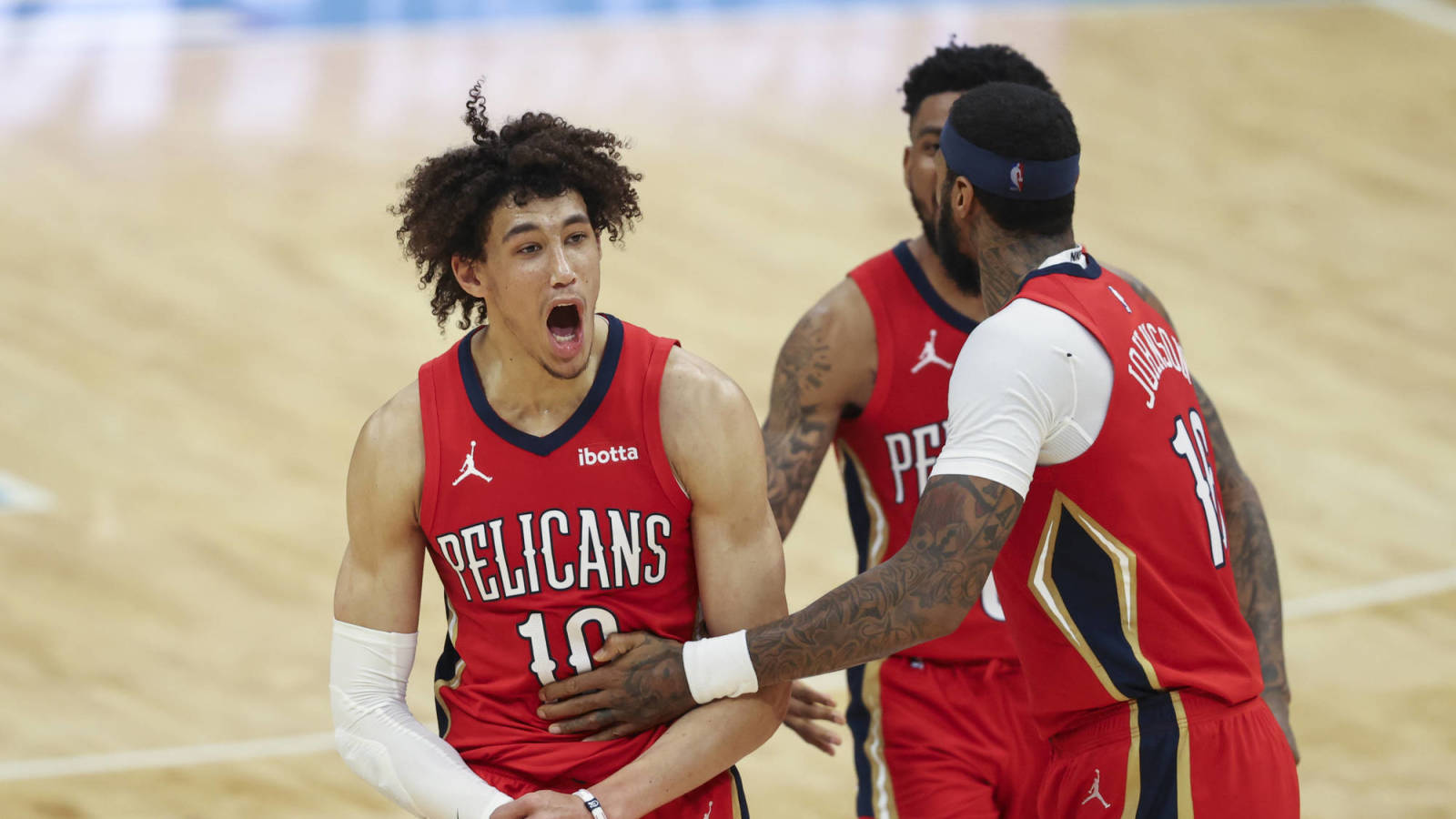 Body camera footage released by the Los Angeles Police Department on Friday showed an officer placing his knee on the neck of Pelicans center Jaxson Hayes during his arrest last month.

While the officer’s knee was on Hayes’s neck, the player gasped “I can’t breathe” several times before another officer spoke up and told him to remove the knee from Hayes’s neck.

Later, Hayes had a stun gun applied to his chest and was eventually arrested. The LAPD published the edited video to his YouTube channel, containing haunting scenes.

Police were called to a Los Angeles-area home that Hayes was staying at late last month for a domestic disturbance call. Police came home and spoke to Hayes in the driveway.

The Pelicans star became frustrated and argued with officers when they wouldn’t let him go back to the house. Things escalated and officials pushed Hayes to the ground before one put his knee on the NBA player’s neck.

Los Angeles police announced after Hayes’ arrest that he was initiating an investigation. Hayes was arrested on suspicion of resisting arrest and his case is still pending.

What happened to Hayes is similar to what happened to George Floyd in Minneapolis last year when former officer Derek Chauvin placed his knee on Floyd’s neck for more than nine minutes. The Los Angeles police, and many other departments around the country, banned neck restraints after Floyd’s death.

Hayes, the eighth overall pick in 2019, averaged 7.5 points and 4.3 rebounds last season for the Pelicans while shooting 62.5% from the field.