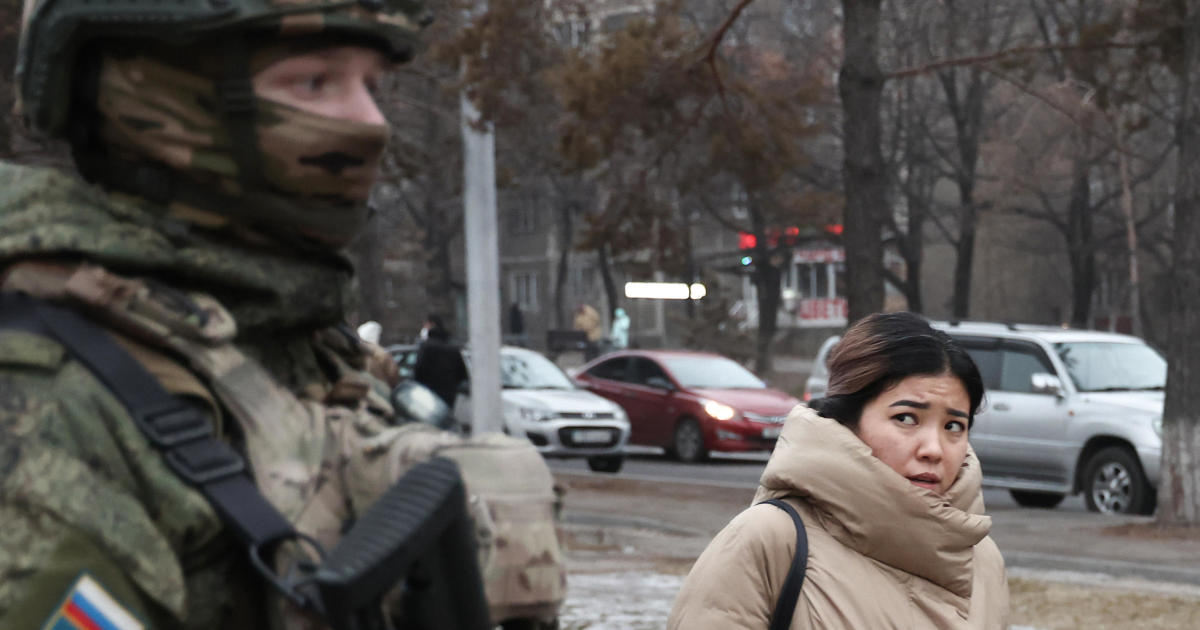 Moscow – Russian-led forces will begin withdrawing from Kazakhstan this week after help quell protests They were sparked by increases in the price of gasoline, but quickly turned into riots as thousands demanded real change in the authoritarian-ruled former Soviet Republic. President Kassym-Jomart Tokayev, who fired his entire cabinet and called for the intervention of his country’s allies as the protests spiraled out of control, said the foreign forces that came to his rescue would soon withdraw.

The Kazakh authorities have detained nearly 10,000 people in their crackdown on the protesters, who invaded the country for several days last week.

Several thousand protesters had to seek medical help, health officials said. Dozens of people are likely to have died, although it was unclear on Tuesday how high the death toll really is, as Kazakh authorities shut down the internet and little reliable information was available about the victims.

The situation seemed calm this week and officials have been reopening the country, restoring air and rail connections and turning the internet back on for several hours a day.

What started as demonstrations against a rapid rise in fuel prices became a nationwide anti-government uprising, with people demanding open and democratic local elections and a change in power after decades of rule by the same few men.

The violence in the streets last week was due, at least in part, to a rift between two political powers: supporters of Kazakhstan’s first president, Nursultan Nazarbayev, who ruled for decades after the country’s declaration of independence from the Soviet Union. until just a few years ago, and the government of his handpicked successor, current President Tokayev.

Until recently, Tokayev had been seen as a weaker leader, but with the help of a Russian-led regional alliance, he appears to have emerged as a winner.

Nazarbayev has been absent from the public eye since late 2021. His press secretary said in a tweet last week that he was still in the Kazakh capital, but there was no sign of him.

The Kremlin on Tuesday deflected a question about whether Russian President Vladimir Putin had been in contact with Nazarbayev, his longtime ally.

In an unusual move, Tokayev publicly criticized his predecessor and mentor for accusing Nazarbayev of creating “a layer of rich people, even by international standards”, over the course of his rule.

“The time has come to pay tribute to the people of Kazakhstan and help them systematically and regularly,” Tokayev said, vowing to force “very profitable companies” to share their profits by financing a state fund.

The rampant corruption that took root under Nazarbayev was one of the main grievances voiced by protesters last week, who lamented seeing their own incomes decline as the first president and his family, who control key energy assets in Central Asia, enrich themselves.

Tokayev appeared to solidify his position by swiftly appointing a new government, which was expected to convene for its first formal meeting on Wednesday.

The president managed to fulfill his promise late last week to quickly quell unrest in the streets by requesting that the Moscow-led Collective Security Treaty Organization (CSTO) send forces to support their own. The mostly Russian forces arrived on a “peacekeeping” mission to help law enforcement agencies “restore order,” he said.

On Tuesday, Tokayev said that “a gradual withdrawal” of foreign forces would begin in the next two days and be completed in “no more than 10 days.”

“The main mission of the CSTO peacekeeping forces was successfully completed,” he said.

US and European officials expressed concern that Moscow could use the operation to expand its influence in Kazakhstan. US Secretary of State Antony Blinken warned that “once the Russians are in your house, it is sometimes very difficult to make them leave.”

At the very least, Russian officials have seized this opportunity to praise the Moscow-led CSTO alliance as a viable counterweight to NATO, as Russia and its allies hope to curb the eastern expansion of the western military alliance. Russia sits firmly at the head of the CSTO, which also includes the former Soviet republics Armenia, Belarus, Kazakhstan, Kyrgyzstan, and Tajikistan.

“These events [in Kazakhstan] it could be seen as a new stage of development for the CSTO, “said the speaker of the Russian parliament, Vyacheslav Volodin, in a message posted on the Telegram app.” The organization has proven to be capable of solving complex tasks effectively. ”