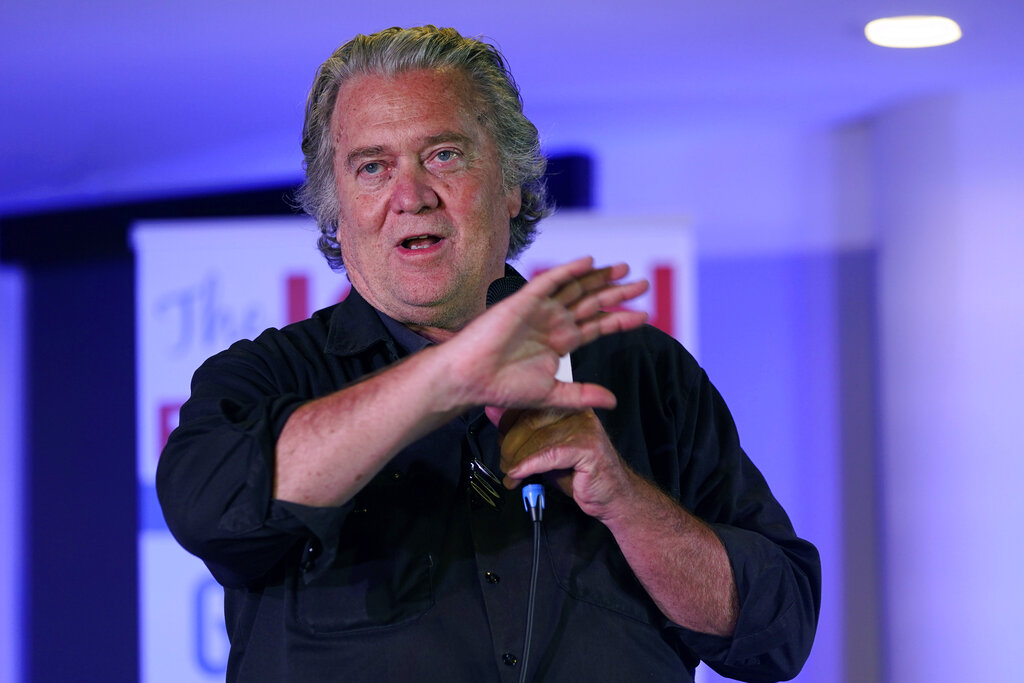 Steve Bannon, a former adviser to President Donald Trump and host of the War Room podcast, faces a possible criminal charge of contempt for refusing to comply with a subpoena presented by the committee investigating the Jan.6 siege of the Capitol.

Representative Bennie Thompson (D-MS), chair of the committee, said in a statement Thursday in which he announced that the select committee would vote Tuesday whether to adopt a contempt report.

“Mr. Bannon has refused to cooperate with the Select Committee and instead hides behind the former president’s general, vague and insufficient statements about the privileges he intended to invoke. We reject his position entirely,” Thompson said.

Bannon was a private citizen at the time of the Jan.6 siege and had served as Trump’s senior adviser for the first six months of his tenure in the White House. In a podcast last month, Bannon acknowledged that he consulted with Trump before his Jan. 6 rally, and Bob Woodward and Bob Costa also highlighted his role in their book Danger. They wrote that Bannon encouraged Trump’s defiance and pressured Vice President Mike Pence to reject the Electoral College results.

Those convicted of contempt of Congress face a fine and between one month and 12 months in prison. But the sentencing process can be long. If a contempt referral is approved by the committee, it must be approved in full. The concept report would then be forwarded to the United States Attorney for the District of Columbia, who would then present it to a grand jury.