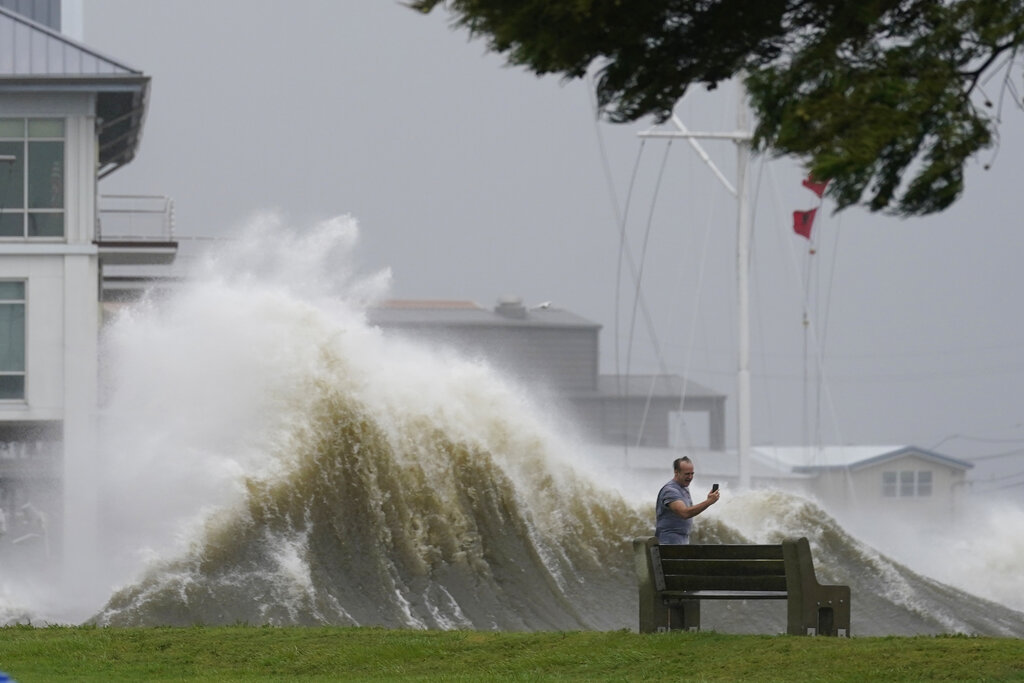 The eye of the dangerous storm from Hurricane Ida has made landfall on the southeastern coast of Louisiana near Port Fourchon.

“In the last hour, sustained winds of 43 mph and a gust of 67 mph were reported at Lakefront Airport in New Orleans. A NOAA National Ocean Service tide gauge in Shell Beach, Louisiana, recently reported a water level of 6.4 feet above the highest mean water, which is an approximation of flooding in that area, ”reported the National Center. Hurricane.

Ida hit as a Category 4 storm with 150 mph winds. It is now tied for the fifth strongest hurricane to hit the United States, based on wind speed.

The city of New Orleans was dark today as there were power outages in many sections. A good number of citizens decided to evacuate, perhaps remembering the flooding and devastation caused by Hurricane Katrina in 2005. Harrah’s businesses and the city’s casino closed yesterday.

“Any further strengthening seems less likely now given the recent structural changes to the inner core. While rapid weakening should occur after making landfall, damaging winds will penetrate inland through southeastern Louisiana and southwestern Mississippi through tonight. Ida is forecast to weaken to a tropical depression over Mississippi Tuesday night, “NHC said.

Here’s a look at the live radar. Hurricane Ida is creeping slowly on land, and perhaps the only reason it did not continue to strengthen was the storm attempting to execute an eye wall replacement at Grand Isle, experiencing full wind and life-threatening swell … pic.twitter.com/651l0VoRcB