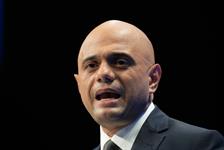 GP leaders said they were ‘dismayed’ that after pledging support for the general practice, officials had released a package that ‘offers very little’, warning that it showed a government ‘completely disconnected from the scale of the crisis in the ground’.

The BMA said it was “really scary that we have a government so ignorant of the needs of such a fundamental part of the NHS.”

Plans established by the government and NHS England include a £ 250 million winter access fund, to be implemented between November this year and March 2021. Funding is explicitly linked to internship demands to offer more dating in general, at a time when that the profession already offers more than ever. earlier, as well as demands for more face-to-face dates.

The plans will also create new QOF targets on access for GP practices, and could bring the launch from April 2022 of a new patient satisfaction system that will invite patients to rate their practice by message of text after an appointment.

Satisfaction scores will be published at the individual practice level along with practice-level data on ‘activity and wait times’, the plans confirm. Internships will be incentivized under the Investment and Impact Fund to increase their satisfaction scores in 2022/23, with the scale of incentives ‘increasing significantly in 2023/24’.

GP leaders warned that the plans threatened to increase pressure on the general practice and could lead to further abuses in the wake of sustained attacks on face-to-face access. The plans come just weeks after GPs criticized the government for ‘highlighting’ the general practice of wage transparency measures that will not apply to any other NHS employee or contractor, despite promises that doctors bedside would not be an unfair target.

The plans also mount more pressure on the general practice of face-to-face access despite calls from the profession for greater support.

Practices have been instructed to complete reviews by the end of October to determine if they have “struck the right balance for patients between remote and face-to-face consultations.” Another 200 practices will be supported through the NHS “access improvement program”, in addition to the 700 that are already supported.

In addition to this, England’s 44 Integrated Care Systems (ICS) have been told to start an ‘immediate exercise’ to build a list of up to ‘20% of all local practices, where [they] will take immediate additional steps to support better access ”.

Online practices for this intervention will be those identified as being in the bottom 20% for the proportion of appointments delivered face-to-face, where A&E usage is highest, where the overall number of appointments has decreased compared to pre-pandemic times, and where calls to 111 of his patients are high in central hours.

The document setting out the proposals praises the response of GPs to the pandemic and says that “all practices are currently grappling with the emerging challenge of finding the optimal mix of face-to-face appointments alongside remote appointments.”

Many are doing it “brilliantly”, the document says, but states that “a minority of practices now offer totally inadequate access, with very low levels of face-to-face care.” It says that in August this year ‘more than 15% of practices recorded that less than 20% of their GP appointments were made face-to-face, a level’ that is probably contrary to good clinical practice, even if reflect your patients ‘preferences.’

The £ 250 million winter access fund will allow practices to pay existing staff for additional sessions, provide an additional substitute or other support. Health systems seeking a share of the fund must demonstrate that all practices are delivering “ at least levels of pre-pandemic activity, ” the document says, despite evidence from official data and RCGP surveillance figures that show that practices are currently delivering significantly more appointments overall, as well as a massive increase in clinical administrative workload.

Systems must also demonstrate that they are increasing the volume of appointments in general practice, increasing the proportion delivered face to face, minimizing use of 111 hours and A&E services, while practices must subscribe to the disease referral service minors from the community pharmacy to receive a portion of the cash.

In launching the package of plans, Health and Social Care Secretary Sajid Javid said he was “determined to ensure that patients can see their GP the way they want, no matter where they live.” His comments come just weeks after he said it was ‘time for GPs to deliver face-to-face appointments to all patients who want them, something the RCGP has told MPs is simply’ impossible to deliver. ‘.

BMA GP committee chair Dr. Richard Vautrey said: ‘After weeks of promising an’ emergency package ‘to rescue the general practice, we are very dismayed that while additional funding has been promised, the package as a whole it offers very little and shows a government completely out of touch with the scale of the crisis on the ground.

“GPs and their teams will now face the worst winter in decades, and patient care will suffer as a result. Appointments will be harder to book, wait times will get longer, more of the profession may leave, and GPs will have a hard time coping.

“It is also disappointing to see no end in sight to the concern about face-to-face dating; we need a smarter conversation about the variety of appointments and care that are available to patients to meet their needs. “

He said the BMA had repeatedly told ministers that patient care and access would be at risk unless red tape for internships were cut. But he cautioned: “Unfortunately, today’s offering simply modifies the limits and will not reduce the unnecessary burden on practices.”

He said the measures to ease pressure on GPs by expanding the list of professionals who can provide DVLA medical tests, adjustment notes and controls were a “mere drop in the bucket.” He added: ‘England GPs will be really appalled that this is presented as a lifesaver for general practice, when in reality it could sink the ship all together. There is no doubt that this inaction at such a critical moment will force many doctors to hang up their stethoscopes and leave the profession for the last time.

RCGP President Professor Martin Marshall said: ‘We knew we were unlikely to get a silver bullet to solve all the challenges that GPs and our teams face, but we hoped to see more tangible solutions to improve care than it can be given to patients. ‘ Our hardworking members will see this package as a missed opportunity.

“A purely access focus ignores the other challenges we face in providing high-quality, personalized care. Fundamentally, there is also nothing here to address the long-standing workforce pressures faced by mainstream practice. We need the government to fulfill its manifest commitment that 6,000 GPs and 26,000 other primary care professionals join the workforce by 2024 ”.

In addition to the lack of action on workforce pressures, the report claims that the number of full-time equivalent GPs increased by around 1,200 between June 2019 and June 2021, although the fully skilled workforce increased by only 100 doctors. It also fails to acknowledge massive under-utilization against the goals of the add-on reimbursement plan.

Health and Social Care Secretary Sajid Javid said: ‘I am determined to ensure that patients can see their GP the way they want, no matter where they live. I also want to thank the GPs and their teams for their tremendous efforts in the most challenging moments in memory.

‘Our new plan provides general practice teams with investments and targeted support. This will address poor performance, relieving pressure on staff to spend more time with patients and increasing the number of face-to-face appointments.

“Along with this, we are putting more measures in place to address abuse and harassment, so that GP office staff who work so tirelessly to care for patients can do so without having to fear for their safety.”