Fantasy RB Rankings Week 5: who to start with, sit as a runner in fantasy football 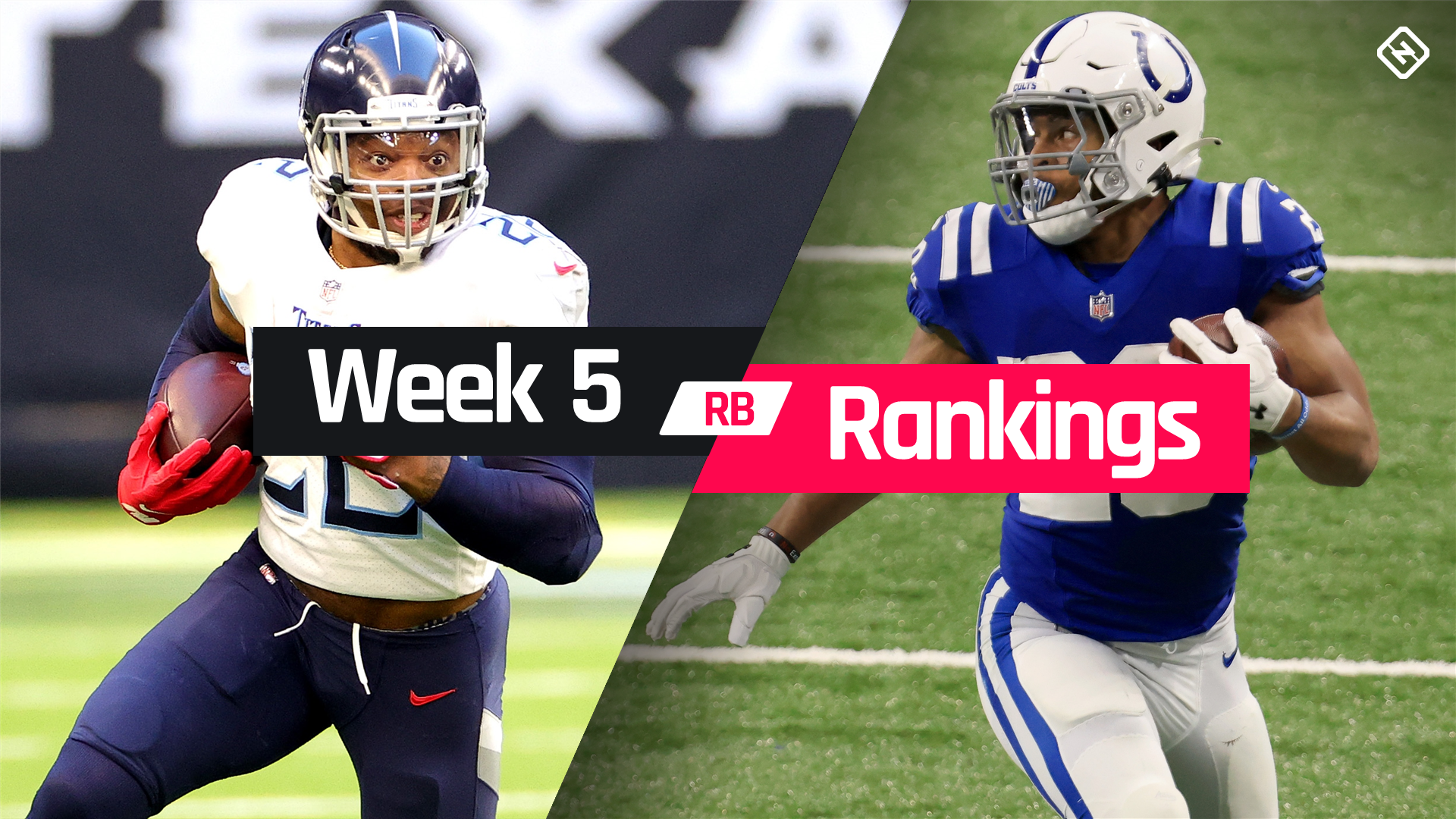 A lot of key running backs (Jonathan Taylor, Dalvin Cook, Antonio Gibson, Darrell Henderson, Melvin Gordon) were “questionable” heading into Sunday’s action, but Elijah Mitchell was the only one who actually ended up inactive (along with Christian McCaffrey, of course). Still, game-time decisions cause a lot of headaches to begin with, sit back and serve as a reminder that injuries (and goodbye) are about to become a problem in this position. Ask the owners David Montgomery. Enjoy these mostly full fantasy RB ratings from Week 5 – it might be one of the last times you see all these studs and sleepers in one place for a while.

Most of the household names are near the top, but this is one of those weeks where a lot of the statistically favorable matchups are for the best (Derrick Henry vs. Jaguars, Dalvin Cook vs. Lions, Nick Chubb vs. Chargers). or to back up in committee situations, like Leonard Fournette / Ronald Jones II (vs. Dolphins), Zack Moss / Devin Singletary (@ Chiefs), Cordarrelle Patterson / Mike Davis (vs. Jets in London), Chase Edmonds / James Conner (vs. 49ers ). Damien Harris (@ Texans) and Darrell Henderson (@ Seahawks) are two of the few primary running backs with very favorable matchups.

That makes it more difficult to actually elevate sleepers to a “must start” state, but as we mentioned in the introduction, at least most backs seem to be adapting, and that’s the most important thing. All those committee guys with good matchups just means there are more potential sleepers and low-end RB2 / flex. You may not like using Edmonds in the standard leagues or Conner in the PPR leagues for most games, but both are up for grabs in Week 5 after they both had an impressive Week 4. The same goes for Moss / Singletary. Patterson and Davis is a slightly different story as they do more or less the same thing and Patterson seems to be playing (and producing) more, but Davis is more likely to get carries at the goal line so that’s something to consider at standard leagues.

Unfortunately, with the favorable matchups come the unfavorable ones. Miles Sanders / Kenny Gainwell (@ Panthers), Najee Harris (vs. Broncos), Melvin Gordon / Javonte Williams (@ Steelers), Antonio Gibson vs. Saints, Austin Ekeler (vs. Browns), Saquon Barkley (@ Cowboys) and Clyde Edwards-Helaire (vs. Bills) face teams that have done a good job of limiting RBs this year. We’re not overly concerned about Harris, Gibson, Barkley and Ekeler as they do a lot of damage through the air, but Sanders, CEH and the Broncos are a little harder to trust given their struggles this year. We still have Edwards-Helaire in our top 25, but it’s not necessarily an automatic start.

Damien Williams (@ Raiders) and Chuba Hubbard (vs. Eagles) are up for grabs after producing at least 70 total yards each last week. They should get most of the RB touches from their teams, and that volume gives them a lot of value in standard leagues. Their pass-catching skills also make them solid PPR plays.

Overall, it looks like a good week for the ORs. One could argue, to use the old football saying about quarterbacks, “if you have two, you have none,” but in RB, that’s not always true. After all, any RB can fail, so it’s really more about having usable options that allow you to sleep soundly before Sunday’s action. Chances are, your position at WR3 maybe even QB is complicated enough to cause headaches, so you don’t need more of your runners.

Qualification: We will update these RB rankings as needed throughout the week, so check back for the latest changes.

Fantasy RB Rankings Week 5: who to start with as a runner

Ratings are based on standard, not PPR punctuation