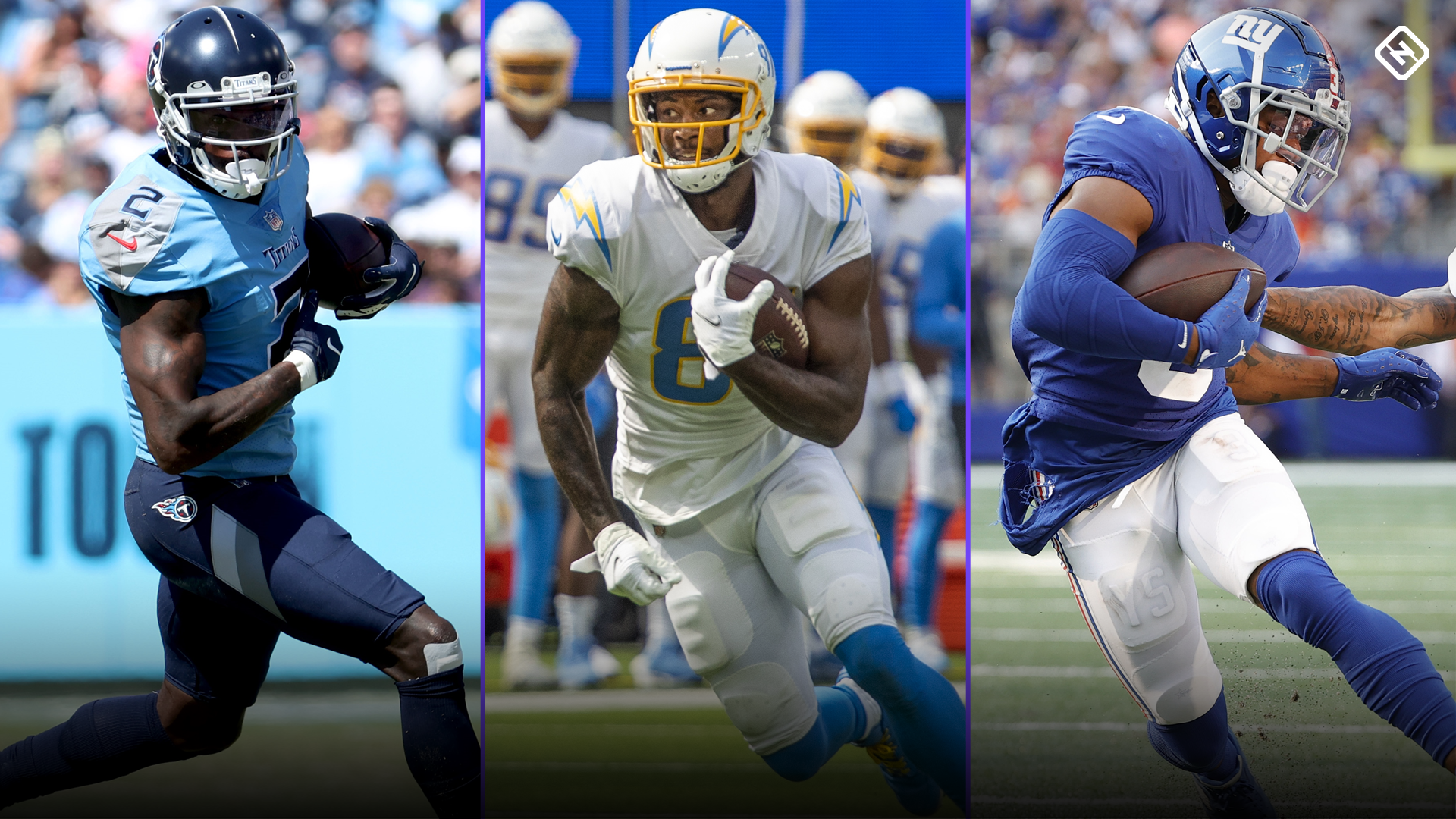 Wide receivers Julio Jones, Mike Williams, Sterling Shepard and Kenny Golladay have been featured in their team’s injury reports, so we’ll need to monitor their respective statuses heading into Week 6. We’ve got the latest updates on each receiver, and I’ll dive into the Week 6 fantasy rankings to see how things will be affected if any of them can’t go.

After not practicing anything last week, Jones (hamstring) took the practice field on Wednesday in the run-up to Monday night’s game against Buffalo. The fact that he’s practicing is promising, as the Titans have taken it easy on his recovery. He has dealt with soft tissue injuries in recent seasons, so we knew he would be a candidate to miss a few games.

This game isn’t until Monday, so we have more time to see what his status is, but he hasn’t played in 20 days, so the rest should pay off. It’s hard to think Tennessee would play him if the risk of injury was high, so we can expect him to be in full swing if he’s active.

That said, he will face a tough defense from Buffalo, but Tennessee should have to pass to keep up with Josh Allen’s offense in this game. We classify Jones as our WR18 in standard and WR22 in PPR. It’s hard to know which Titans pass receiver to target if Jones is out, and none of them have had consistent production in his absence thus far. However, Nick Westbrook-Ikhine, Chester Rogers and Josh Reynolds are the next three guys in WR.

Williams (knee) I did not practice on Wednesday, and its status warrants follow-up in the future. As he is now, he is the No. 2 WR in fantasy football, so it would be difficult to find a replacement if he is out. Baltimore generally has a solid defense, but they’ve been torched multiple times this year and Williams has brought too much to the table to put him on the bench if he’s active. Jalen Guyton and Josh Palmer would step in if he went, but Jared Cook and Keenan Allen would likely be the biggest beneficiaries.

For week 6, we classified Williams as WR15 in standard and WR18 in PPR. However, he has shown that his ceiling is as high as a play in the top three.

UPGRADE: Shepard practiced again on Thursday, so he tends to play against the Rams. Darius Slayton also practiced.

Shepard (hamstring) returned to practice on Wednesday in a limited capacity. He had a good start to the season before missing the last two weeks, but his participation in practice is a good sign. The appearance of Kadarius Toney shouldn’t hurt Shepard as there will be a lot of work to go through, especially if Kenny Golladay (see below) is out. Daniel Jones (concussion) looks like he has a great opportunity to play, so you can put Shepard in your lineups with confidence. If Jones is out, Shepard is a little more at risk.

We classify it as the WR33 in standard and WR34 in the PPR leagues against the Rams.

UPDATE: Golladay stayed out for Thursday’s practice. It has a tendency to be idle for this game and could be discarded soon.

Golladay (knee) is likely to be listed as “doubtful” as the initial report said it would be week by week. I don’t practice on Wednesday and tends to come out. For all intents and purposes, we project that Golladay will be available for Week 6. However, the wheels are being prepared for Kadarius Toney and Sterling Shepard. The Rams defense has not been as good as expected and the Giants had no trouble moving the ball against the tough Saints defense.

That said, if Golladay does play, it’s hard to think he’ll be healthy, and Toney or Shepard feel like better options.