Dopesick: The Opioid Crisis Beyond the Script 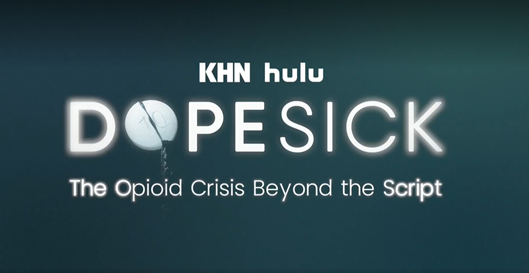 KHN and Hulu have teamed up to discuss the opioid crisis in the US, following the premiere of the new series from the online streaming service “Dopesick” on October 13. The event will be recorded and available on this page.

“Dopesick, “Based on the nonfiction book of the same name, examines the origins of the opioid crisis and illuminates its devastating impact on ordinary Americans and their communities. Cast includes Michael Keaton, Peter Sarsgaard and Rosario Dawson, and Barry Levinson directed the eight-episode series.

The panel discussion, Dopesick: The Opioid Crisis Beyond the Script, will feature an executive producer, writer and showrunner Danny Strong; journalist Beth macy, author of the book; KHN Correspondent Aneri Pattani, who has reported extensively on opioid policy, substance use, and mental health; and Senior Policy Analyst at KFF Nirmita panchal, whose analytical work focuses on mental health and substance use. Chaseedaw giles, a KHN digital strategist who has written about the relationship of hip-hop music to opioid abuse, will moderate the event.

The discussion will focus on how the series’ creators borrowed from real life to shape the show and its drama, why small, rural towns like the Virginia mining community depicted in the series have suffered the most, and what the public policies and current data. state of the opioid crisis, which the federal government declared a public health emergency in 2017.

About Hulu and “Dopesick”

From executive producer Danny Strong and starring and produced by Michael Keaton, Dopesick examines how one company triggered the worst drug epidemic in American history. The series takes viewers into the epicenter of America’s struggle with opioid addiction, from the boardrooms of Big Pharma, to a distressed Virginia mining community, to the corridors of the DEA. Defying all odds, the heroes will emerge on an intense and exciting journey to defeat the cowardly corporate forces behind this national crisis and their allies. The limited series is inspired by the New York Times best-selling book by Beth Macy.