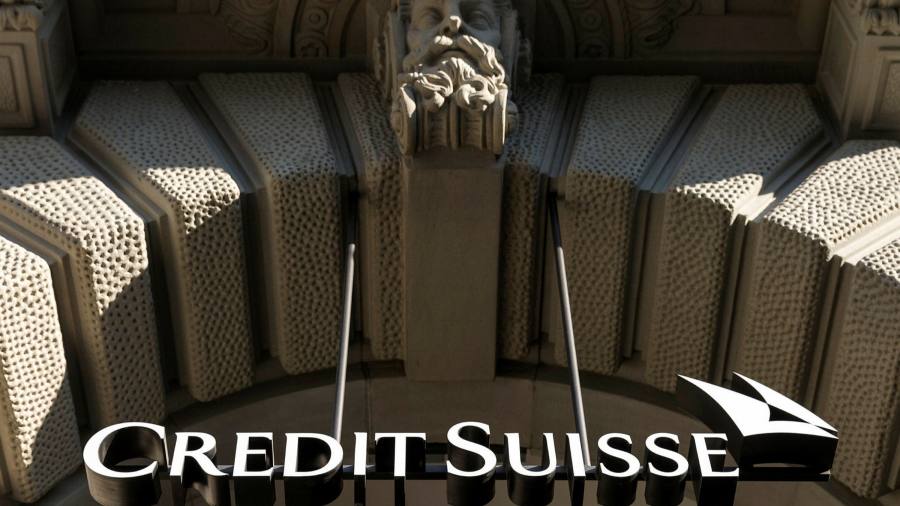 Credit Suisse clients who sued the bank over the collapse of their supply chain financial funds tied to Greensill seven months ago have angrily responded to its offer of free services.

The Swiss lender has begun reaching out to the more than 1,000 wealthy clients who invested in the $ 10 billion pool of funds, offering rebates for brokerage fees, discretionary mandate and banking services, as well as investment advice.

Those who have initiated legal proceedings against the bank will not be offered the refunds, but may be eligible if they withdraw their claims, said a person briefed on the offer.

“Why are they trying to offer this to clients months after the funds collapse?” asked a person who invested several million dollars in the funds. “This should have been one of the first steps they took in the first weeks of the crisis.”

The investor said it was “out of the question” that he would abandon his litigation in exchange for the free services, adding: “From a moral point of view, it is about more than just getting the money back. It shows how banks work and what they need to change. “

Another investor said: “This seems like an overly clever way to circumvent the fair treatment of all investors in vehicles.”

Hundreds of Credit Suisse clients invested in the supply chain funds, after being told by the bank’s advisers and marketing material that they were investing in low-risk products, fully insured against loss.

In March, the Swiss lender suspended the $ 10 billion pool of funds tied to Greensill Capital, which collapsed in administration amid allegations of fraud against Greensill. While around $ 7 billion has been raised so far, the bank warned that it will be difficult to recover around $ 2.3 billion.

Several class action lawsuits have started, focusing on what attorneys believe were misleading statements in fund documents about whether insurance policies would cover the losses in full.

The Boies Schiller Flexner law firm, which is preparing a class action lawsuit, said Credit Suisse’s latest offer had “alarmed” its clients. “This is a worrying move by Credit Suisse, which appears to be a derisory incentive for investors not to litigate valid claims against Credit Suisse or withdraw existing lawsuits,” he said.

The bank said that clients who took advantage of the offer, which was first reported by Reuters, would not have to give up future legal action, but would have to accept that what they got from the litigation would be reduced by the amount reimbursed to them.

Credit Suisse said it had been in talks with clients in recent months. “We have taken your feedback into account, explored the feasibility of a number of scenarios and, starting with customers in Switzerland, we are now able to grant special conditions as a gesture of our commitment to these important relationships,” he said.

A person close to the bank added: “It is a free option, we are not asking investors to give up anything. But it is fair to other investors – and shareholders – that any benefits that clients accumulate are taken into account if the legal path is lowered. ”.

Credit Suisse waived management fees for Greensill’s funds after they were suspended in March.

This week, the Financial Times reported that Credit Suisse had been forced to delay the publication of the long-awaited report on its own failures surrounding Greensill’s collapse after its headquarters was raided by Swiss police.

Last month, the bank further enraged its clients after revealing that they would be charged $ 145 million as part of efforts to recover money owed to the funds, which included the costs of keeping Greensill Capital afloat.