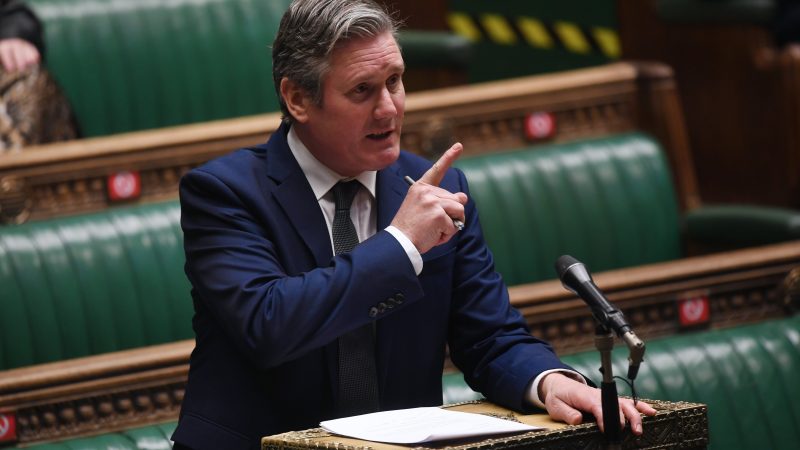 It would be fun to see the mental gymnastics of Boris Johnson trying to square the circle of his broken welfare manifesto promise if it weren’t so serious. Keir Starmer asked the Prime Minister to confirm several times this afternoon whether people would have to sell their house to pay for care. A cabinet meeting earlier this week saw Johnson change your rhetoric, telling ministers that “no one will be forced to sell a house that they or their spouse is living in,” a significant change from the direct promise made just two years ago that the new plan would mean that people will not they would have to sell their houses. to pay attention. This is what the Prime Minister said to parliament today: ‘What we are doing is ignoring your home as part of the assets we calculate, so if it goes down to £ 100,000 that’s the start where we will ask you to contribute, but your home is not included in that. ”

Today’s session comes after the showdown over a controversial change in social care plans, which saw many conservative supporters rebel or abstain and the government’s plan only narrowly prevailed. Under the social care policy announced by ministers earlier this year, it was thought that the care costs incurred would count towards a new cap of £ 86,000, at which point the state would intervene. But vote on monday means that only costs actually paid by an individual will qualify. The government will not consider any resource verification assistance received from the state, so only the wealthiest people are likely to reach the limit. The Labor leader boiled it down to a simple question for Johnson: How will someone with a house valued between £ 120,000 and £ 140,000 manage to raise the £ 86,000 in the first place without selling their house?

“It’s another broken promise, just as you promised not to pay taxes, just as you promised 14 new hospitals, just as a rail revolution in the North promised,” Starmer said. “Who knows if he will make it to the next election, but if he does, how do you expect anyone to take him or his promises seriously?” This is a familiar line of attack; the Prime Minister has proven time and again that he cannot be trusted. Johnson has been fighting fires this week after his Changes in rail spending and the squalor caused by his defending a conservative colleague. The trust and integrity issue at No. 10 is cutting. As Starmer highlighted today, noting that the Conservative MPs “this time” showed up for the Prime Minister’s Questions (as opposed to the low turnout In the past week) and the censorship letters being received by the chairman of the 1922 committee, all is not well in the Conservative Party.

But Starmer went further. The Labor leader invoked the ghost of 2017, pointing out a slight difference: “He has stolen the pockets of workers to protect the property of the wealthiest. How could he have come up with a tax on working-class insanity? “Johnson promised in his first speech as prime minister that it would fix social assistance; in fact, he said he already had a plan. He then promised that no one would have to sell their home to pay for care in the 2019 election. Having waited two years for the plan, it turns out that the only people whose homes will be safe are the wealthiest. Johnson’s policy is already a failure, and not just in terms of how it fails the public. Draw a line between him and his ‘red wall’ Tories, representing districts where most of the houses will have to be sold. It also leaves the possibility of a repeat of the theme that dominated the 2017 elections.