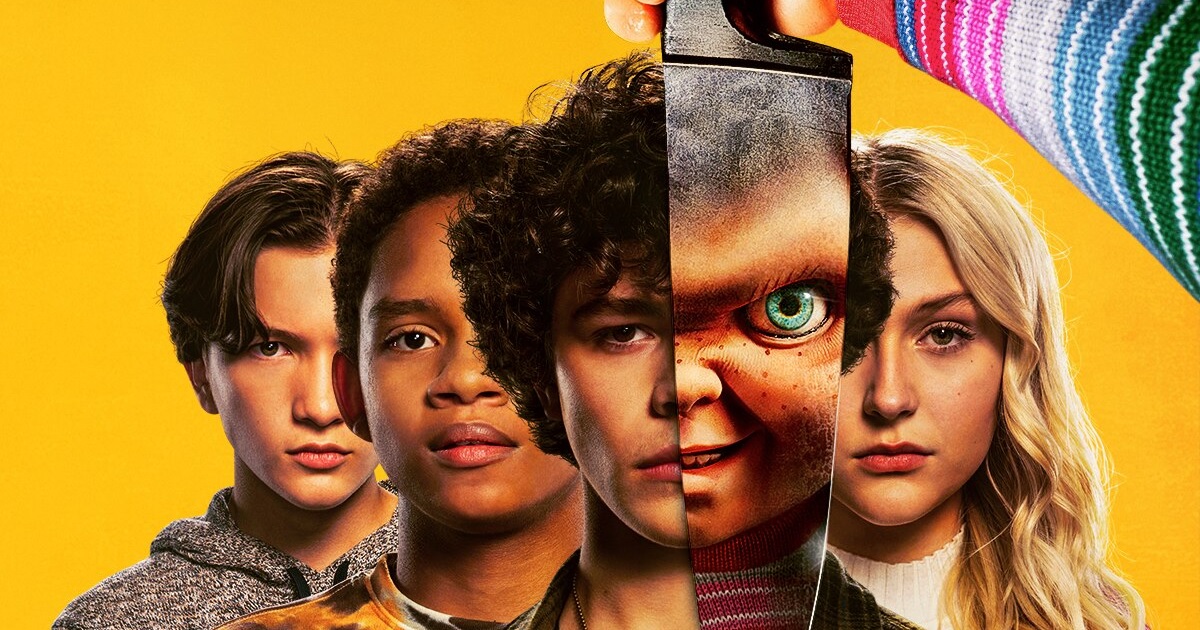 Chucky, the television series continuation of the Child’s play film franchise, will begin airing on Syfy and USA Network next week, on October 12th! In anticipation of the premiere date, a long trailer has arrived online and can be seen in the embed above. This trailer not only sets the plot, but also gives us a look at several of the cast members returning from the movies: Jennifer Tilly, Fiona Dourif, Alex Vincent, and Christine Elise are there.

Keep track of all Child’s play movies (remake excluded), Chucky pick up where Cult of chucky Don Mancini, who has written all the Child’s play movie (except that remake) and directed some of them, developed Chucky with producer David Kirschner. Mancini and Kirschner are executive producers Chucky with Harley Peyton, Alex Hedlund and Nick Antosca. Mancini also directed the first episode. Synopsis of the program:

After a classic Chucky doll appears at a suburban garage sale, an idyllic American city is thrown into chaos as a series of gruesome murders begin to expose the city’s hypocrisies and secrets. Meanwhile, the arrival of enemies and allies from Chucky’s past threatens to expose the truth behind the murders, as well as the demon doll’s untold origins as a seemingly ordinary boy who somehow became this notorious monster.

In addition to the actors mentioned above, the cast of the series includes Zackary Arthur, Devon Sawa (playing the dual role of twin brothers), Bjorgvin Arnarson, Jacob Breedon, Lexa Doig, Teo Briones, Alyvia Alyn Lind, and the real-life Lind. . mother Barbara Alyn Woods. David Kohlsmith plays the young Charles Lee Ray for the scenes in which we will see his “untold origins”.

And yes, Brad Dourif has re-recorded the lines that Chucky will be speaking of.

I am very excited about this show. Will you be watching it? Let us know by leaving a comment below.