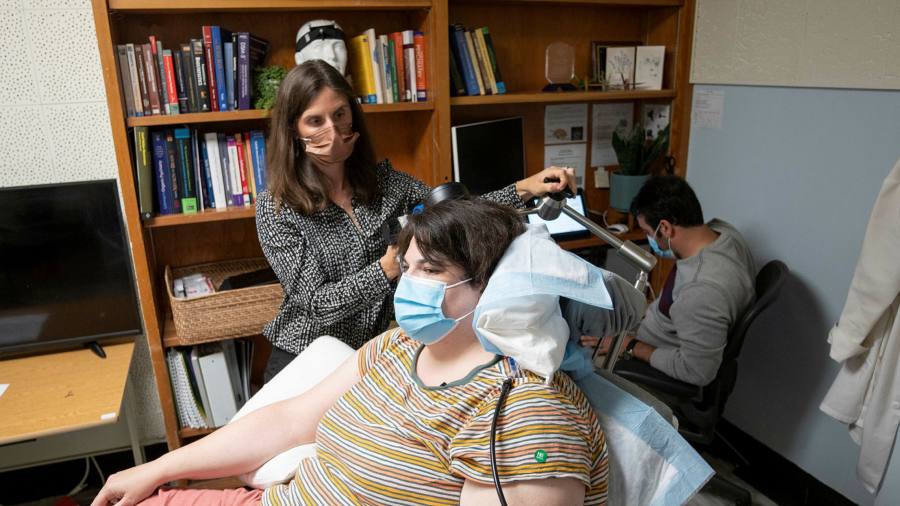 American researchers have successfully alleviated a patient’s severe and prolonged depression with an electronic implant that acts as a neural pacemaker, resetting brain circuits associated with negative feelings.

The University of California, San Francisco (UCSF) team said the study was “a historic success” in the scientific effort to treat psychiatric disorders through carefully targeted neural electronics. The study is published in the Nature Medicine Magazine.

“We have developed a precision medicine approach that has successfully managed our patient’s treatment-resistant depression by identifying and modulating the circuitry in her brain that is uniquely associated with her symptoms,” said Andrew Krystal, professor of psychiatry at UCSF.

In a press conference call before the study was published, the 36-year-old patient, who asked only to be called Sarah, said the implant had transformed her life after five years of severe depression that did not respond to any combination of medications or therapy. electroconvulsive. . “I was tortured by suicidal thoughts every day,” she said. “I was at the end of the line.”

Almost immediately after being inserted deep into his brain, the device provided relief, which has lasted a year so far. When it detects neural activity associated with irrational thoughts, which previously triggered depressive obsessions, its electrodes emit a short, corrective electrical pulse and “poof.” . . the cycle stops, ”as Sarah put it.

Deep brain stimulation (DBS) has recently become a routine treatment for epilepsy and Parkinson’s disease, but has had limited success against depression, which affects 280 million people worldwide according to the World Organization. Of the health. Up to 30 percent of depressed patients do not respond well to existing treatments.

The problem with applying neuroelectronics to depression had been that scientists knew relatively little about the brain circuits associated with the disease. The UCSF team’s key discovery was a “biomarker” that indicates the onset of depressive symptoms, a specific pattern of neural activity in a part of the brain called the amygdala that deals with responses to threats.

The DBS device used in the study was adapted from one used to treat epilepsy. When it detects the biomarker in the amygdala, it sends tiny electrical pulses to another area, the ventral striatum, which is part of the brain’s pleasure and reward system, immediately eliminating unwanted mood symptoms.

Sameer Sheth, a neurosurgeon at Baylor College of Medicine in Houston who was not involved in the UCSF research, is conducting another trial of personalized implants to treat depression and is about to publish positive results. He said the two projects indicated a trend in research toward developing “a more individualized approach to psychiatric treatments,” based on stimulation of specific brain circuits.

Although the approach was promising, Sarah was the first patient in the first published trial, warned UCSF assistant professor of psychiatry Katherine Scangos. Scangos has enrolled two more people with severe depression to participate in the research and is targeting 12 patients in all.

“We need to look at how these circuits vary between patients and repeat this work several times,” he said, “and we need to see if an individual’s brain circuit or biomarker changes over time as treatment continues.”

Placing an implant under the skull with electrodes that extend deep into the brain is an expensive, invasive, and potentially risky procedure. Once the details of the brain circuits underlying depression are better understood, “we hope to find non-invasive biomarkers that can be used with non-invasive treatments,” Scangos said.

Share
Facebook
Twitter
Pinterest
WhatsApp
Previous articleHow much is too much? OIG warns of alcohol for physicians in medical technology speaker programs
Next articleKrysten Sinema is hiding from her constituents, so they persecuted her in Arizona
RELATED ARTICLES
Politics