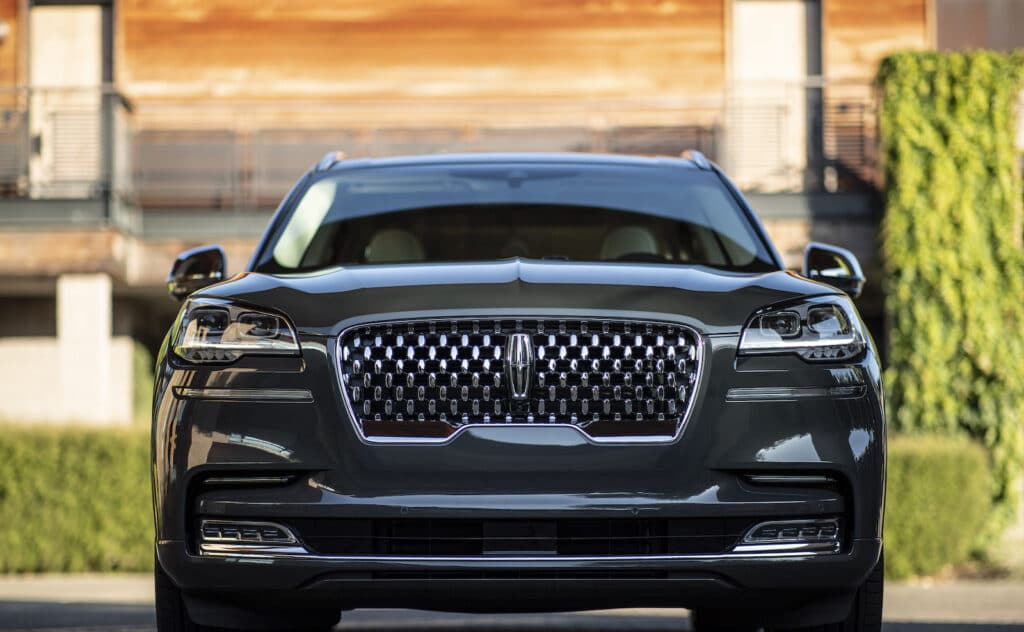 It’s fine and good to offer vehicles with incredible amounts of horsepower that can hit 60 mph in a nanosecond. But given the amount of traffic congestion in cities and towns large and small, where and when can you use it? It’s like buying a chainsaw to cut an avocado.

Instead, you want to be comfortable and cared for as you shuffle through traffic. After all, excessive power is useless at 20 mph. This is where Lincoln is smarter than, say, Cadillac. Lincoln embraces its American heritage, resisting becoming a copycat German automaker, choosing instead to carve out its own unique identity.

The Lincoln Aviator shares its vehicle architecture with the Ford Explorer, but differs in general behavior. Offered in Standard, Reserve, Grand Touring, Black Label and Black Label Grand Touring trims, a twin-turbocharged V-6 provides the power. Additionally, Grand Touring models get an electric motor that helps make a brawny 494 horsepower while providing better fuel economy than the base model.

For the new model year, changes are minimal, and the Aviator is now offered with a new $1,500 Premium Appearance Package with 20-inch machined-aluminum wheels and a power Vista Panoramic Roof. Reserve models can be equipped with a Jet Appearance Package that includes 22-inch wheels and black, rather than chrome, exterior trim.

Looking at the 2022 Lincoln Aviator, it’s hard not to see the Navigator, but one that shrunk in the dryer. But it sports modern styling reminiscent of the best mid-century mod Lincolns, with crisp horizontal lines contrasted by a sporty sloped roof and topped by Lincoln’s distinctively modern grille.

It is beautifully urban, presenting an elegant grace. The test model used shredded wheels, which did little to add to its appeal, but is a nod to current vehicle fashions.

The unabashed extravagance of the Aviator’s interior closely resembles the larger, more expensive Navigator, and conveys the same sense of opulence. The horizontal instrument panel is reminiscent of the legendary 1961-68 Lincoln Continental and sports a simple row of automatic transmission buttons that resemble piano keys. Tucked away, their location frees up space in the center console.

The Aviator cabin offers three rows of seating, with a choice of captain’s chairs or a bench seat in the second row. Legroom is generous in the first two rows; the third row is suitable only for children. Instead of legroom, Lincoln uses square footage for cargo capacity, more than 18 cubic feet, in fact. Given that third-row seats are used as often as the stationary bike in your bedroom, it seems like a fair tradeoff. The second row comes with its own climate controls and USB ports.

One feature worth considering for those in northern climes is the Elements Plus package, optional on Reserve and Grand Touring, and standard on Black Label includes heated/ventilated 1st and 2nd row seats, heated steering wheel, 2nd row seat heated/ventilated row. row of seats and heated windshield wipers.

All Aviators have a twin-turbocharged 3.0-liter V-6 that makes 400 horsepower and 415 pound-feet of torque, except in the plug-in hybrid Grand Touring. It also has a 94 hp electric motor and a 13.6 kWh battery. When added to the V-6, the power increases to 494 horsepower and 630 pound-feet of torque. It’s all aimed at the rear wheels, though all-wheel drive is optional on most models and standard on the hybrid. Aviator is equipped with drive modes to suit your mood and driving conditions, and hybrid models add one that recharges and saves battery power for later use.

The National Highway Traffic Safety Administration rates the Lincoln Aviator five stars in all categories except rollover, where it only rates four stars. The Insurance Institute for Highway Safety rates it a Top Safety Pick.

What makes the Aviator worthwhile is its demeanor. This is a classic American luxury cruiser, big, in charge and brimming with comfort and power. You feel the power of the engine, but you don’t hear it.

What makes it even better is the available Air Glide suspension. Trade in conventional springs for air springs, giving the aviator effortless grace. It’s enhanced by Adaptive Suspension with Road Preview, which uses a front-mounted camera to preemptively read the road ahead and adjust the suspension to maintain optimal ride and handling characteristics that never come at the expense of civility.

Its rear-wheel drive driveability is innate and not found in its front-wheel drive competitors. Fortunately, the Aviator rides smaller than it actually is, keeping body lean in check and banishing excessive body movement over crumbling arteries while still delivering the sleek ride you’d expect. It is a true grand touring machine, one of the best Lincolns made in recent times. No, it is not intended to be sporty, nor should it be. If that’s what you want, look elsewhere.

The eloquence and elegance of the Lincoln Aviator is hard to overstate, but it can be hard to fathom in an industry where childish design tricks and overly assertive driving dynamics are considered optimal. But most consumers don’t care how fast a car is around the Nürburgring. They care about comfort, convenience, technology, safety, good looks, and enough power to contend with a daily commute or family vacation. This is done by the aviator in the great American style.

What car is comparable to the Lincoln Aviator?

What vehicle replaced the Lincoln Aviator?

What is Ford’s equivalent to the Lincoln Aviator?