What UBS says about Tech Mahindra; CLSA at SBI and Eicher Motors 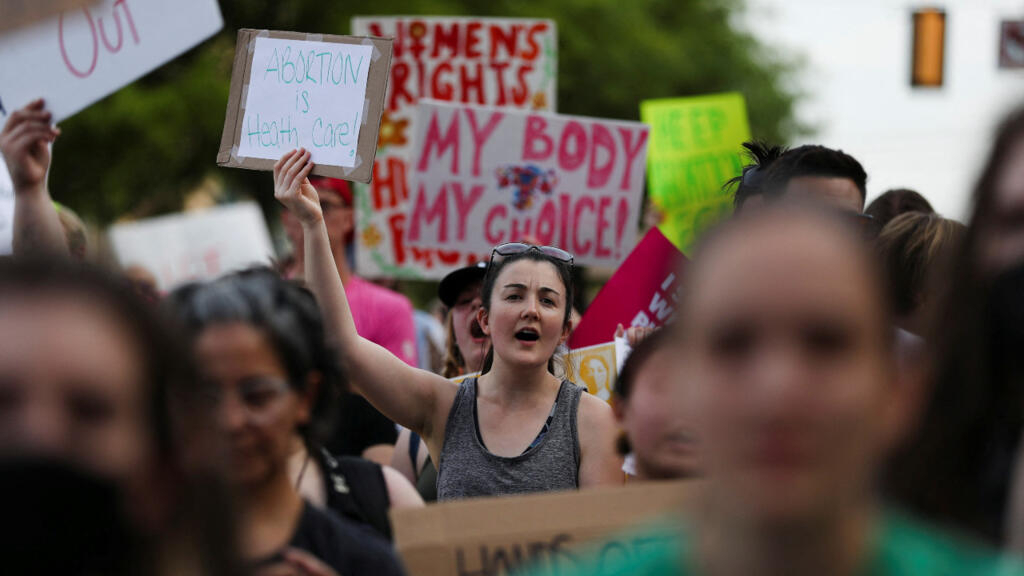 Thousands of activists are preparing to take to the streets of the US on Saturday in a national day of action to demand safe and legal access to abortion.

The planned demonstrations across the country are a response to a leaked draft opinion showing the United States Supreme CourtThe conservative majority is considering overturning Roe v. Wade, a landmark 1973 ruling that guarantees abortion national access.

“Our bodies are ours; if they are not, we cannot be truly free or equal,” says a petition from Bans Off Our Bodies, organized by groups including Planned Parenthood and the Women’s March.

“All over the country, some politicians are trying to make decisions about our bodies for us,” he says.

“We will not allow abortion bans sweeping the country to put our lives and futures at risk, and we will not be silenced as they take away our fundamental right to control our bodies.”

Protesters are expected in New York, Washington, Los Angeles, Austin and Chicago, as well as at hundreds of smaller events across the country.

The leak of the draft opinion has fueled fury over the possible rollback of abortion rights ahead of key midterm elections in November, when control of both houses of Congress is at stake.

Democrats have pushed to codify abortion rights into federal law, an attempt to nail down Republicans on the deeply divisive issue ahead of crucial elections.

But Republicans in the US Senate refused to allow a vote on the measure earlier this week.

The legislative outcome is at odds with broad American opinion: A new Politico/Morning Consult poll shows 53 percent of voters say Roe should not be overturned, up three percentage points from last week, while 58 percent percent said it was important to vote for a candidate who supports abortion access.

Republican-controlled states have already moved to restrict abortion rights in recent months, overturning Roe v. Wade would give them much more freedom to restrict or prohibit the procedure.

“We ALL lose if Roe is overturned,” tweeted Rachel O’Leary Carmona, executive director of the Women’s March.

“Even those in small conservative towns like mine in Texas who are grateful for their wife’s abortion during a pregnancy that put her health at risk, or fear their granddaughter might not have access if they were raped,” he wrote. .

She had previously tweeted: “If you’re mad like me, join us in the streets this Saturday.”

I’ll be marching in DC tomorrow. But there will be HUNDREDS of marches across the country.

Let’s take to the streets EVERYWHERE to defend access to abortion. I see you there: https://t.co/CoxPn9mMSC


The right to access abortion has long sparked activism, but the Supreme Court leak has sparked a surge in demonstrations, including outside judges’ homes.

The mostly peaceful protests have drawn Republican criticism over the privacy rights of court members, but activists have responded by pointing to years of often violent protests outside abortion clinics and at the homes of doctors who perform the medical procedure.

And many have cited the pending Supreme Court decision as a far greater invasion of privacy.

“You cannot take away my bodily autonomy and enjoy your Saturday at home. You can do one or the other,” one protester, Nikki Enfield, told a local CBS television affiliate.

Washington police, still on edge after the US Capitol was attacked by a mob of supporters of then-President Donald Trump in January 2021, have set up a temporary fence around the Supreme Court.

The leaked opinion is also prompting renewed calls by Democrats and progressives to add justices to the nation’s highest court, buoyed by the possibility that they won’t stop with Roe v. Wade and could override other historic decisions.

How much money no? 12 lose by retiring?