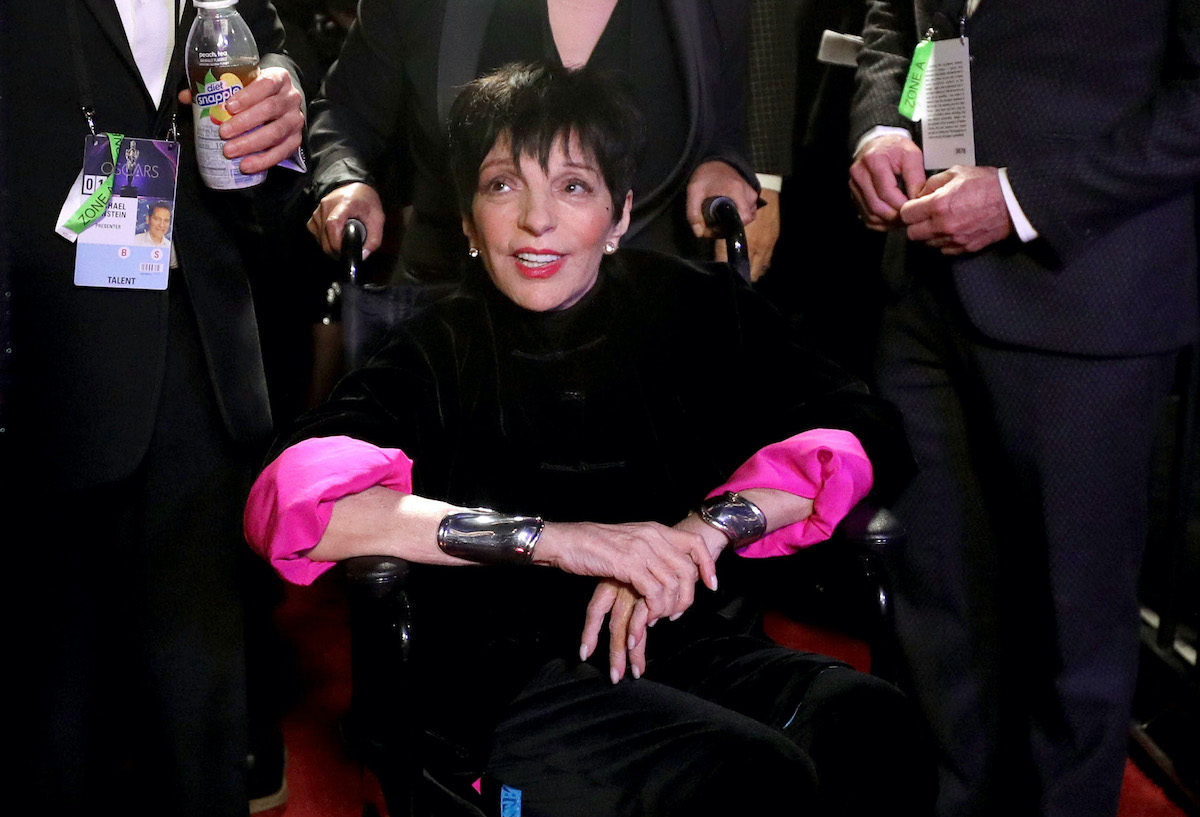 Are Liza MinelliDo loved ones fear for their health? A tabloid claims that the Hollywood icon does not have much time left. Let’s check in the cabaret star.

This week the national investigator reports that Liza Minnelli looked worse during her brief appearance at the Oscars. “She can’t talk very well or walk and she needs the help of a wheelchair to get around,” an insider source divulges. “She has been so brave and lived so long, but everything is catching up with her now.” The tabloid recounts the long list of health problems Minnelli has suffered from, from addiction to multiple joint replacements.

And during her appearance at the Academy Awards, the The years and pain that Minnelli has endured were on full display. as she was forced to sit in a wheelchair. The audience watched as she struggled to read the teleprompter and trusted Lady Gaga to get her through it. But an old friend of Minnelli’s has insisted that all was not as it seemed and that Minnelli was “sabotaged.” Still, the magazine’s insider continues: “She’s in a bad spot. The people around her are very worried, and she fears that the end is near.”

Liza Minnelli ‘in a bad way’?

There are many threads to unravel here. First of all, it’s no secret that Minnelli has had health problems for a long time. It’s not exactly a groundbreaking sentiment to say that Minnelli is high risk, due to both her age and her medical history, that’s the truth. But the outlet is choosing to frame Minnelli’s appearance at the Oscars in an overwhelmingly negative light.

ace Minnelli’s close friend, Michael Feinstein, recently claimedMinnelli has been struggling with back problems and wanted to be sitting down for her appearance. While she was supposedly told that she could sit in a director’s chair for the occasion, she was eventually forced onto the stage in a wheelchair at the last minute. According to Feinstein, it was the shocking turn of events that disoriented Minnelli, not any kind of cognitive problem.

But even if we were to dismiss Feinstein’s testimony, the very fact that Minnelli agreed to appear onstage bodes very well for her health. She didn’t have to go onstage that night, but clearly she wanted to and she felt good enough to do it. All this speculation about when she’s going to kick the bucket is just crude and hurtful, and we have absolutely no reason to take it seriously.

The magazine about the health of other celebrities

the national investigator I just won’t let celebrities grow old in peace. Not long ago, the media claimed Celine Dion was “too weak to sing” and had shrunk at a dangerous 87 lbs. Then the magazine reported Janet Jackson was “digging her own grave” with your weight gain. and the post has been betting on the death of Phil Collins for years but still hasn’t managed to get it right. Obviously the investigator You have no medical experience and it is best that you stay completely out of these matters.

‘People in Ukraine are ready for war’: Kiev residents speak out on tensions with Russia

Scientists have regenerated amputated frog legs. That’s how they did it.