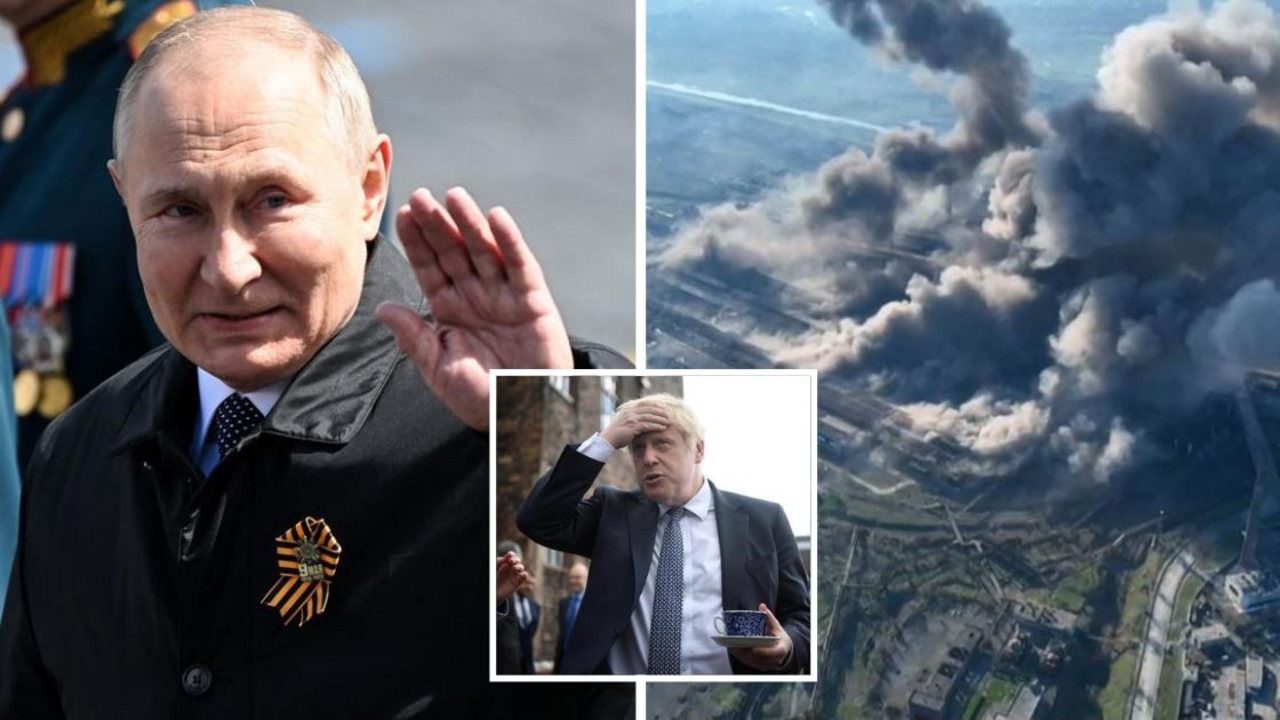 Russia has threatened to “drown Britain” and turn it into a “radioactive wasteland” as the crisis in Europe reaches terrifying new lows.

Russia has accused the West of launching a “total hybrid war” against it, after threatening to bomb the UK and Finland in “seconds”.

The claim by the country’s Foreign Minister Sergei Lavrov comes after Finland applied to join NATO, a move Vladimir Putin described as a “mistake”. Sun reports.

In a speech to mark the 80th day of the Russian invasion of Ukraine, Lavrov attempted to portray Russia as the target, not the perpetrator, of the aggression.

He pointed to the barrage of sanctions imposed by the West against Moscow.

“The collective West has declared a total hybrid war on us and it is difficult to predict how long all this will last, but it is clear that the consequences will be felt by everyone, without exception,” he said.

“We did everything possible to avoid a direct clash, but now that the challenge has been ruled out, of course we accept it.

“We are no strangers to sanctions: they were almost always there in one form or another.”

It comes as high-ranking Russian politician Aleksey Zhuravlyov threatened to bomb Britain with his Satan-2 hypersonic missile in 200 seconds and destroy Finland in just ten.

Zhuravlyov, 59, deputy chairman of the Russian parliament’s defense committee, said in an interview that it was “absolutely legitimate” for Russia to “question the existence” of Finland.

He was asked if Russia now needed to station its nuclear missiles, including the Sarmat, known in the West as Satan-2, on the border with its neighbor.

“We can attack with a Sarmat from Siberia and even reach the UK. And if we attack from Kaliningrad, the hypersonic’s range time is 200 seconds, so go ahead guys.”

He said that other types of missiles stationed on the Finnish border “will reach Finland in 20 seconds, or even 10 seconds.”

Putin told his Finnish counterpart, Sauli Niinisto, on Saturday that removing Finland’s military neutrality would be a “mistake,” the Kremlin said.

“Putin emphasized that ending the traditional policy of military neutrality would be a mistake as there is no threat to Finland’s security,” the Kremlin said in a statement.

Zhuravlyov’s threats come after Russian state television threatened to drown the UK under a radioactive tsunami in a bizarre propaganda video.

In the chilling broadcast, a presenter also showed how the Satan 2 nuclear missile could wipe out Britain.

Dmitry Kiselyov announced Russia’s second option to “plunge Britain into the depths of the sea” with his “Poseidon underwater robotic drone.”

In a horrifying graphic, he warned that the missile would kick up a giant tsunami wave.

He later predicted that the rising water would contain “high doses of radiation”, turning what remains of Britain into a “radioactive wasteland”.

The threat stemmed from the baseless premise perpetrated by Russian state media that Boris Johnson had threatened to carry out a nuclear attack on Russia without consulting NATO.

Russia successfully launched the missile earlier this month, and Putin warned that the test was “some food for thought for those trying to threaten Russia.”

A video showed the launch of the killer missile from an underground silo, causing a huge ball of fire.

It traveled almost the entire length of Russia in about 15 minutes, landing at the Kura missile testing range on the Kamchatka Peninsula.

The bombs are 1,000 times more powerful than those dropped by the US on Hiroshima and Nagasaki in Japan during World War II.

The threat comes amid claims by Ukraine’s spy chief that a coup is already underway to remove “cancer-suffered” Vladimir Putin from power.

Maj. Gen. Kyrylo Budanov, 36, believes the tyrant’s dire war in Ukraine will reach a “breaking point” in the summer and be over before the end of the year.

Russia’s forces have continued to wage a coup war in Ukraine.

Putin’s troops have failed in two more attempts to cross a river in Ukraine after 73 vehicles were blown up in a fierce battle, leaving a graveyard of tanks in the mud.

Originally published as ‘In 10 seconds’: Russia’s chilling threat to ‘drown Britain’ and turn it into a ‘radioactive desert’