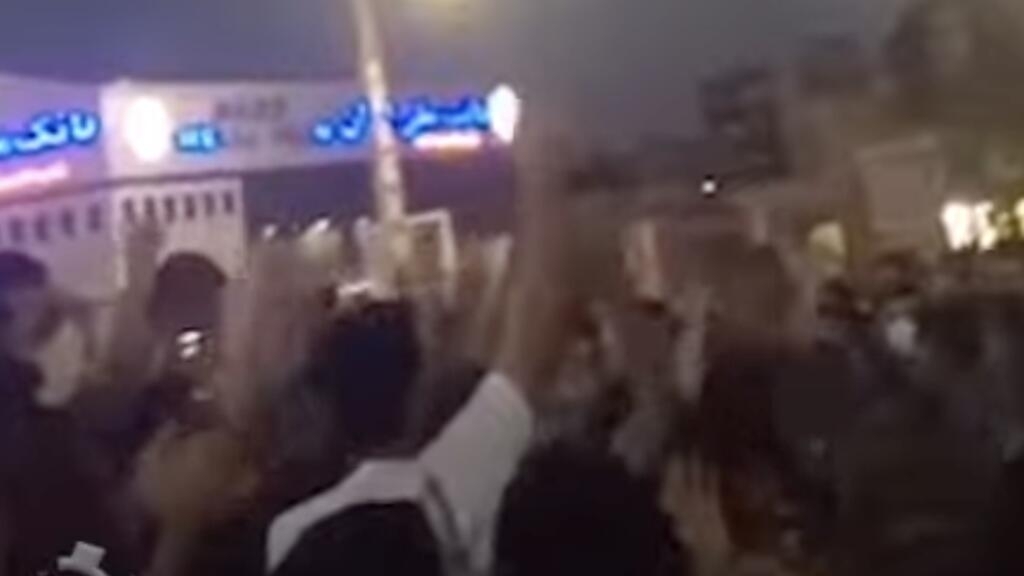 Hundreds of protesters have taken to the streets in cities in southeastern Iran since the beginning of the week. They are protesting against sudden increases in the price of basic foods, which have shot up to 300% in some products. Our Observer is a protester hit hard by runaway inflation, which she says has been caused by the Iranian regime.

On June 9, Conservative President Ebrahim Raisi announced changes to a system of subsidies as well as price increases of many basic products, such as cooking oil, chicken, eggs and milk, to face Iran’s economic difficulties in the face of international sanctions. The increases are also related to rising prices throughout the Middle East, as well as consistent inflation in Iran over the past decade.

Authorities justified the move by saying the subsidy system had mainly benefited wealthier Iranians, adding that they would help lower-class people deal with price increases through targeted initiatives such as food stamps and cash aid.

But in recent days, people have been struggling to get basic necessities. Lines have extended outside grocery stores where some people have been seen fighting over cooking oil. Others have resorted to looting.

A video shows people fighting over cooking oil at a store in Karaj, west of Tehran, on May 12.

Since May 8, the internet has been cut off in Khuzestan, a province in southwestern Iran, where the first demonstrations began on May 11. Despite the cut, some videos have emerged showing thousands of people protesting in Izeh, Dezful, Andimeshk and Shahr-e-Kord. Local activists reported that the protests were harshly repressed, with many injured and a dead after police fired into the crowd in Andimeshk on May 12. The authorities have not published figures on injuries and deaths in the protest.

Protests in Andimeshk, in southwestern Iran, on May 12. People chant “Death to Khamenei.”


In 2019, at least 1500 people were killed during the iran war last great protest movementcaused by a sudden increase in the price of gasoline.

>> Watch it on The Observers: Iran’s Hidden Massacre: A Video Investigation by France 24 Observers

“I would prefer a quick death in protest to the slow and painful torture we are enduring right now.”

Alam (not her real name) is a young Iranian woman who lives in a village in southwestern Iran. The people of her city have been holding protests against the regime in opposition to the price increase.

The Internet does not work in our region, however, the city is not so big and people could still gather on the main street of the city, it came about spontaneously. I joined them along with my brothers and cousins ​​as well. I think there were thousands of people: old, young, men and many women.

We sing against the regime: “The mullahs must go”, “Death to Khamenei”, “Our stupid leader is a disgrace” and more. And the people will continue like this until the end. They tried to disperse us. They fired tear gas, much of it into the air and towards people. I heard that some people in the city were injured. We were there past midnight. There are a lot of police and Basij forces. [Editor’s note: a militia, the paramilitary branch of Iran’s Revolutionary Guard Corps] on the streets.

Protests in Dezful, in southeastern Iran, on May 11. People chant “Death to Khameni and Raisi,” the supreme leader and president of Iran.

There were many slogans against Khamenei simply because he is responsible for our situation. His policy for the last 30 years has brought us here: useless uranium enrichment, interference in the internal affairs of neighboring countries, stupid enmity with Israel, the list is long.

Video from the vicinity of Andimesk in southwestern Iran on May 12. We can hear gunshots.

We’re angry, we’re fed up, and I don’t care what happens next. Nothing can be worse than this. I just want the mullahs gone.

All my brothers and cousins ​​and I are college graduates and we are all unemployed. We have to live with our parents, who cannot spend the month. And it’s not just us, I think half of the young people in our town live in the same situation. They live with their parents, with temporary jobs here and there.

According to official statistics, more than 22% of young people in Iran are unemployed. This same figure is more than 33% in Khuzestan.

Our city is not that big, we never actually had break-ins or break-ins, but in recent years, we have heard more and more about someone’s cell phone being stolen or someone’s house being robbed.

We try to earn money as much as we can but there is no work. We may be able to find a temporary job or something, but with that it’s impossible to live a normal life. By that I mean you can’t travel or go to restaurants with friends or have any kind of fun.

For at least three months we have not been able to buy meat because it is too expensive [Editor’s note: prices for meat in Iran average at around 6 euros per kilo]. Chicken is more affordable. [usually costing around 2 euros per kilo]and a few weeks ago we had a little bit.

‘With skyrocketing prices for bread, pasta, oil and eggs, what else can we eat?’

Honestly, we’re considering eating maybe once a day to keep going. They are starving us for their stupid opposition to the US, while everyone is corrupt and living a luxurious life, buying luxury condos in Canada or Turkey.

Our country is rich, we have an ocean of oil and gas below us, but these bandits steal it from us or spend it in Syria, Lebanon or Yemen. [Editor’s note: to support armed groups in those countries]. Enough is enough. Hopefully people from other cities will join us, to make a general revolt like in 2019, but we have to continue until the end of this time. I know they would kill a lot of us, but it’s a quick kill. I prefer that to the slow and painful torture we are enduring right now.

According official records, half of the Iranian population lives below the poverty line and a third below the absolute poverty line. In other words, one in three Iranians is deprived of basic human needs, including food, clean water, sanitation, health, housing, education and information.

Skittles, Starburst and more can be dangerous to eat