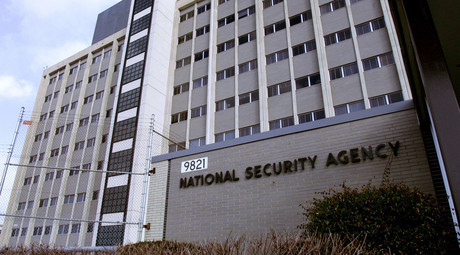 The head of cybersecurity at the National Security Agency has claimed that the next-generation encryption standards being developed in the US will be inviolable, even by the US government’s own spies.

“There are no back doors” Rob Joyce, director of cybersecurity at the NSA, said Bloomberg in an interview on Friday. The agency has been involved in the process of developing the new standards, which are designed to protect data from future quantum computers, but Joyce has promised that no deliberate flaws will be injected into the algorithms.

The administration of President Joe Biden has called for strong quantum cryptography that protects sensitive data across the US economy by 2035. The National Institute of Standards and Technology (NIST) will provide the new algorithms underpinning that cryptography .

NIST has been running a public competition since 2016 to choose the best algorithms and is expected to announce the winners soon. In 2020, the institute has narrowed down the entries to seven finalists from around the world.


After selecting the winners, NIST plans to make them the new public encryption standards by 2024. Choosing the algorithms through open competition is intended to “build confidence and trust”, Joyce said.

The NSA did not submit any of its qualified quantum resistance algorithms for the contest. However, Joyce said, the agency’s mathematicians have tried to crack the best entries in the NIST contest to test its strength. “Those candidate algorithms that NIST is running the competitions on look strong, secure, and what we need for quantum resistance.” he said. “We’ve worked against all of them to make sure they’re solid.”

In 2014, an encryption algorithm developed by the NSA was it fell as a federal standard amid suspicions the agency had planted a backdoor. Two Microsoft employees reportedly discovered a suspicious flaw in the algorithm.


Documents leaked by former NSA contractor Edward Snowden in 2013 showed that the agency was secretly monitoring the telecommunications records of millions of Americans. A federal appeals court found in 2020 that the NSA broken the Foreign Intelligence Surveillance Act and that the surveillance may have been unconstitutional.

Other documents in the Snowden leak showed some NSA techniques for breaking encryption, raising suspicions that the agency was using a backdoor in the algorithm it created.

What is menopause and how long do symptoms last?

Next year in Mariupol! Zelensky revels in Ukraine’s victory in Eurovision competition – HotAir