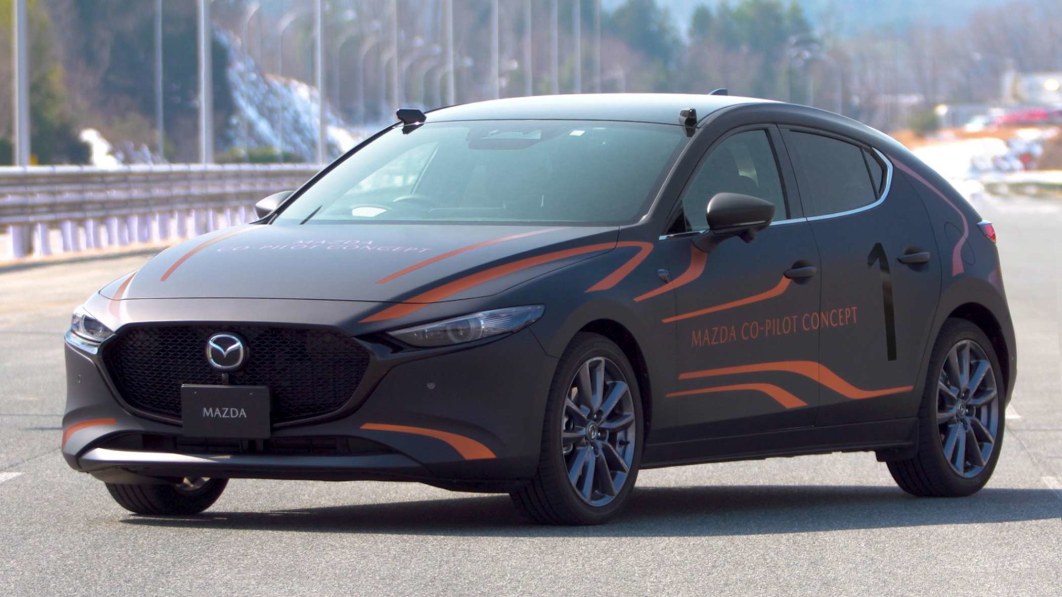 Mazda is close to launch a new safety feature that will help drivers you could suddenly be incapacitated. As part of its suite of Co-Pilot driver assistance systems, the car will be able to warn other road users and stop safely on the shoulder.

Mazda is demonstrating the technology to journalists in Japan in a suit especially Mazda 3 called the co-pilot concept, however, according to the Seattle Times, has not yet been given a proper name. Essentially, it uses widely available technologies to help usher in the car to safety.

Driver monitoring comes simply from an interior-mounted camera that faces the driver. Mazda has been working with Tsukuba University Hospital so the software can distinguish whether a driver is alert or slumped. While the program can identify drivers who lose consciousness due to sudden health problems like a stroke or heart attack – a growing concern for aging populations like Japan’s – it can also be used for those who are under influence or fatigued.

Upon detecting an incapacitated driver, the car will warn other drivers by honking the horn and flashing the lights. He will then pull over to the side of the road to initiate a call to emergency services. The goal is to save lives, similar to Apple new iPhone crash detection feature, which also dials 911 in the event of a high-speed impact.

The technology appears to be a natural progression from modern safety features, which can monitor lane position, blind spots, and adjust speed based on surrounding traffic. Mazda estimates that the technology will reach production cars next year in Japan. Later, it will be launched in Europe, but the article states that Mazda is waiting to see if the United States will accept such technology.

According to the Seattle TimesMazda is also investigating ways to detect a health problem before the driver knows it. Shaking heads, unfocused eyes and driving style anomalies are being considered. By 2025, he hopes the system can warn drivers before illness occurs.

Audi RS5 driven at high speed collides with a two-wheeler and a car: young man arrested