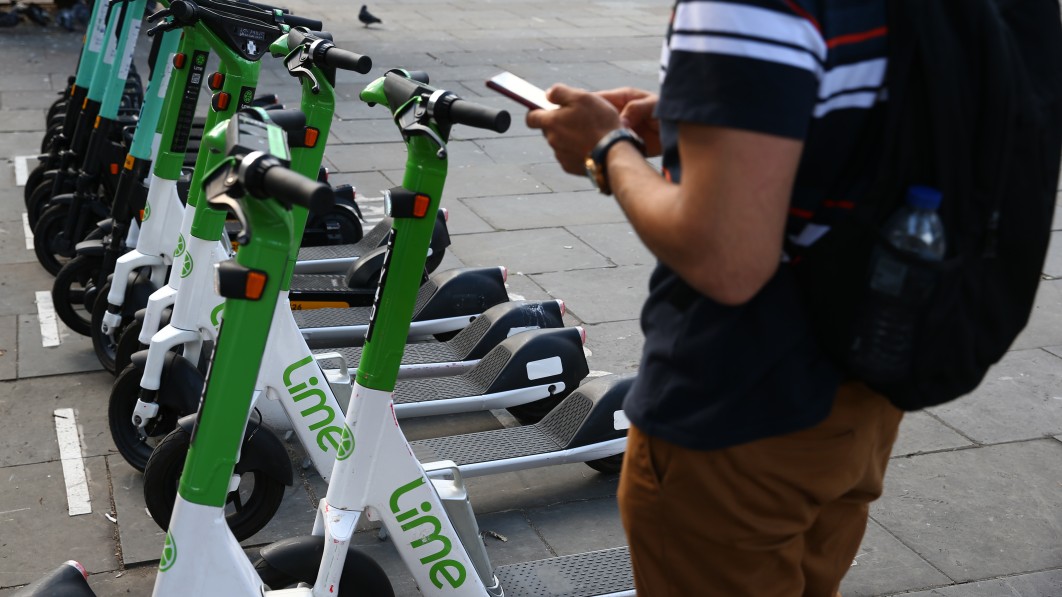 Shared electric micromobility giant Lime closed a $ 523 million increase in convertible debt and term loan financing, money that Lime CEO Wayne Ting says is the next step on the road to company to go public next year. Lime will use the capital to invest in its decarbonization efforts, upgrading a significant portion of its fleet with its Gen4 Electric Bikes and Electric Scooters, scale to more cities and develop new technologies that will help win requests for proposals from additional cities.

“This was a very underwritten round and I think it really underscores the renewed interest in micromobility as an industry and, more importantly, the recognition that Lime is the undisputed leader in this space,” said Ting. TechCrunch. “Companies usually make a convertible note as the last round before going public and investors are betting that the company will go public and they want to enter the round earlier because they have a discount. And we certainly think the fact that you know, more of $ 400 million of investment coming in is a great milestone, as we expect to take Lime public next year. “

Of the total financing amount, $ 418 million is made up of convertible debt led by Abu Dhabi Growth Fund, Fidelity Management & Research Company, Above and certain funds managed by Highbridge Capital Management. That debt will automatically be converted to equity when Lime goes public. The remaining $ 105 million comes from a senior secured term credit facility from private credit group UBS O’Connor. Lime did not disclose the terms of the loan.

Fidelity and Uber are among Lime’s previous biggest investors. In 2019, Fidelity was a major investor in Lime’s $ 310 million Series D., and last year, About led a round to the downside of $ 170 million for Lime as it struggled with pandemic woes, a deal that saw Lime acquire Uber’s micromobility subsidiary, Jump.

This announcement, along with Lime’s stated intention to go public next year, comes as Competitor Bird enters markets through a SPAC agreement. with Switchback II Corporation. Ting did not specify when Next year Lime would file for an IPO or go the traditional route or attempt a SPAC merger, but sources familiar with Lime say the company is unlikely to go the SPAC route.

“Our goal is to make sure we have enough capital to accomplish our mission, which is to build a transportation alternative that is shared, that is affordable, that is green,” Ting said.

Earlier this week, Lime had his carbon targets validated by the Science-Based Targets initiative, an organization that promotes best practices in emissions reductions in line with climate science, and announced that it is working to be consistent with the Paris Climate Agreement and be net zero by 2030. The company is dedicating $ 20 million from its latest round to decarbonization efforts, such as investing in cleaner hardware and ensuring that 80% of its supply chain sets better emissions targets. Capital goods, which include the vehicles themselves, including all material extraction and production that goes into them, account for 44.3% of Lime’s total emissions, according to the company’s carbon targeting report. Pre-purchased goods and services, consisting of scooter parts and warehouse expenses, represent 25.8%.

“I want to show tangible results through capital investments to change our operations, to boost our suppliers,” said Ting, who also said that Lime would not continue to work with suppliers that do not have their own carbon targets in the hope that others companies also pressure manufacturing partners to make similar commitments. “We are serious when we talk about decarbonization and transportation. When we become a public company, I want our investors to know that this is what this company stands for.”

Lime will primarily use the funds to duplicate its existing municipal permits, deepening its relationships in the markets in which it already resides. That might look like a building new vehicle modes or investing in technology “that actually makes us good partners for cities as we expand and scale our business,” Ting said, but did not specify what new modes or technologies Lime is exploring.

However, last month Ting mentioned that Lime is interested in joining the sidewalk detection technology club during a WSJ tech event, at which point the CEO also stated that Lime is profitable third quarter EBITDA for the second time. Lime was able to reach this level in large part through earnings growth, which means the company is handling a tight ship. But COVID has continued to affect new passenger numbers and revenue growth, despite the carrier launching 80 contracts this year.

Lime’s main use cases, commuting, and tourism are slowly starting to recede. The United States just announced that lift the travel ban for Europeans who have been twice vaccinated. Expansion to new cities is also on Lime’s roadmap ahead of the IPO. Ting said Lime is targeting expansion into North America and Europe, but is also interested in looking to the Middle East, where the company’s main investor in this round is based.

“In fact, we have seen that we have increased our intercity travel by a ton, and in 2021, our revenues will return to pre-pandemic levels of 2019,” Ting said. “People are looking for a safe, affordable, single-passenger way to get around, and many people have switched their passenger numbers to micromobility platforms like Lime. As I look to 2022, we have an opportunity to deepen that relationship with passengers.” .

Five years after WannaCry, what have we learned?