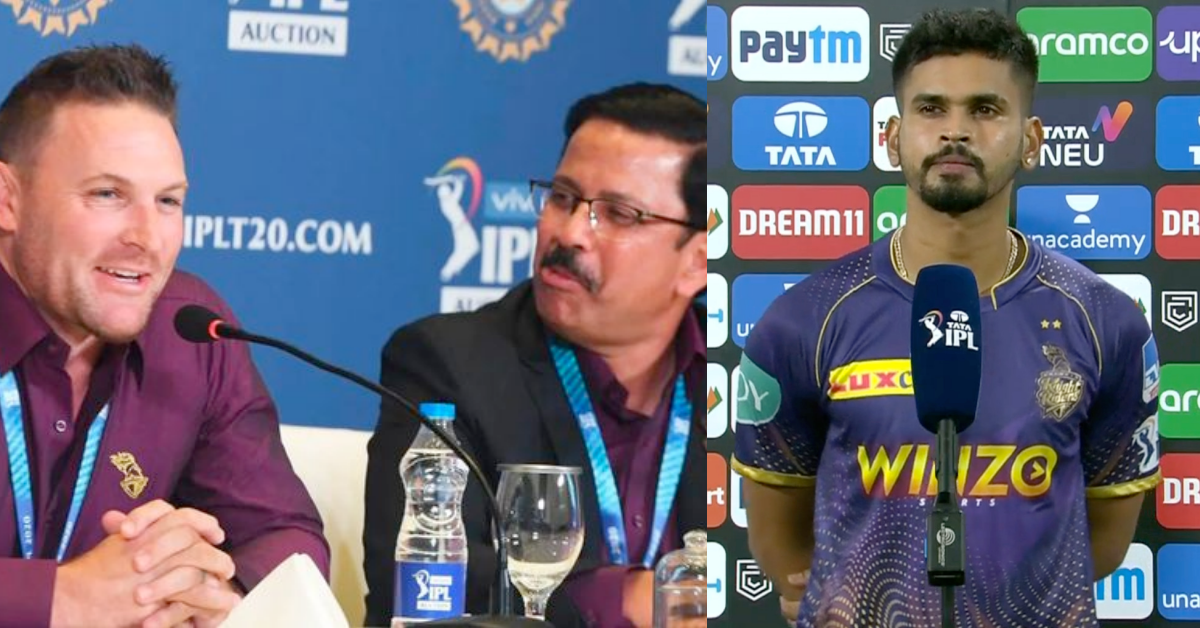 Kolkata Knight Riders (KKR) captain Shreyas Iyer has issued a clarification on his comments that “the CEO is also obviously involved in team selections”.

It revealed that the CEO of Kolkata Knight Riders, Venky Mysore, is also sometimes involved in the selection of the playing XI.

“The coach and sometimes the CEO are also obviously involved in team selections. Each and every one of the players are doing well and have put in their best effort,” he said.

Following Iyer’s comments, a controversy broke out with several cricket pundits criticizing the KKR CEO for his involvement in the team’s selection.

When I took the name of the CEO, I meant that he is there to comfort the players – Shreyas Iyer

Now the Kolkata Knight Riders captain, speaking after the match against Sunrisers Hyderabad on Saturday 14th May, has issued a clarification on his earlier comments.

Iyer said that when he took Venky Mysore’s name in his last interview, he meant that the CEO is on the team to “comfort the players” who weren’t making it to the playing XI. Iyer stated:

“I also want to clarify from the last interview. When I took the name of the CEO, I meant that he is there to comfort the players who have been left out. It’s also difficult for us when we select the team.”

Meanwhile, KKR won by 54 runs against Kane Williamson-led SRH in match 61 of the Indian Premier League. (IPL) 2022 at the Maharashtra Cricket Association Stadium in Pune, to keep their hopes of reaching the IPL 2022 playoffs alive. Also, this was SRH’s fifth consecutive loss in the 15th edition of the tournament.

So read: KKR vs SRH: Kolkata will need to win to stay alive in IPL 2022: Harbhajan Singh is hopeful KKR doesn’t make ‘too many changes’

Get All Cricket Match Predictions and Fantasy Tips: CLICK HERE

Why did you skip the red carpet?